The 2022 Badminton Horse Trials, presented by Mars Equestrian, was won by Laura Collett, who led from start to finish to win her first Badminton title with her Tokyo Olympic gold medal-winning partner London 52, setting a record finishing score for the event in the process. In second was Ros Canter with her 10-year-old rising star Lordships Graffallo, ahead of third placed Oliver Townend and Swallow Springs. 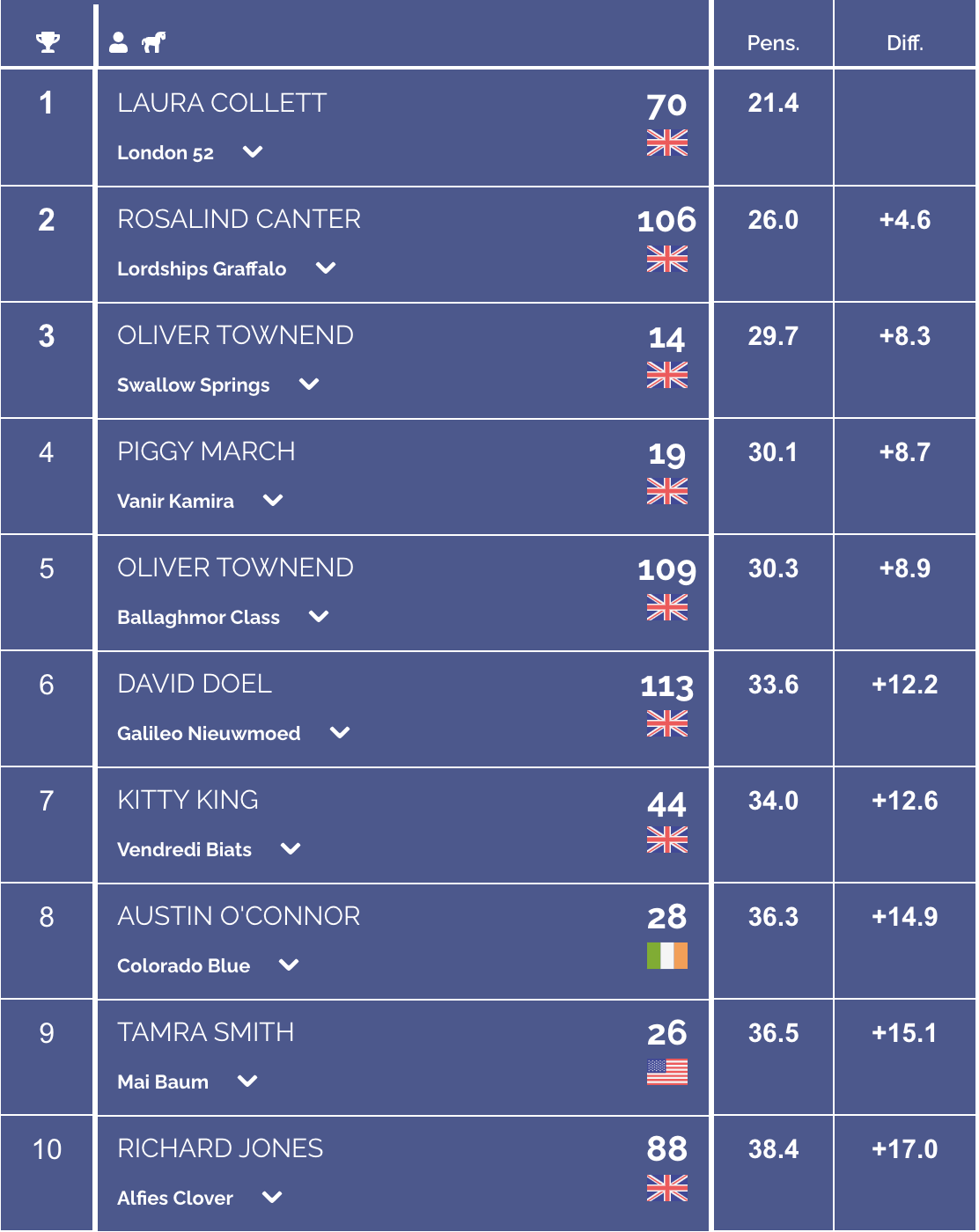 Horse & Hound’s Badminton coverage includes written reports throughout each day, video interviews and daily podcasts, keeping you up to date with all the action on the sporting field and behind-the-scenes.

For the 2022 event (4-8 May), presented by Mars Equestrian, tickets had to be purchased in advance - and sold out for cross-country day on Saturday.

For those wanting to watch the action from home, there was no live footage of the cross-country phase on free BBC services. Instead a pay-to-view livestream of all phases of the competition was available. Cross-country highlights and the final showjumping rounds were broadcast free via the BBC as usual.

The 2022 Badminton cross-country course was designed by Eric Winter. It was the first event held under the directorship of Jane Tuckwell, following Hugh Thomas’ decision to retire after 31 years at the helm. Jane has worked at Badminton in various roles for over 40 years.

The next Badminton Horse Trials will take place from Wednesday 3 May to Sunday 7 May 2023.

Where is Badminton Horse Trials held?

Badminton Horse Trials is held in the grounds of Badminton House in Gloucestershire, UK. Badminton is located around 15 miles from Bristol and Bath, in the south west of England.

The list of Badminton Horse Trials winners is a true who’s who in the sport of eventing and we can’t wait to see who will add their name to the roll of honour this time. The most successful rider at Badminton is Lucinda Green, who topped the leaderboard six times during her outstanding career. Andrew Nicholson holds the record for the highest number of Badminton completions at 37.

The most recent winner of the Badminton Horse Trials title is Laura Collett, who set a record finishing score of 21.4 penalties riding her Tokyo Olympic gold medal-winning partner London 52 in 2022. Second was Ros Canter with her 10-year-old rising star Lordships Graffallo, with Oliver Townend and Swallow Springs in third.

Badminton Horse Trials dates back to 1949, when the 10th Duke of Beaufort hosted an event on the estate to help British riders train for future international events. 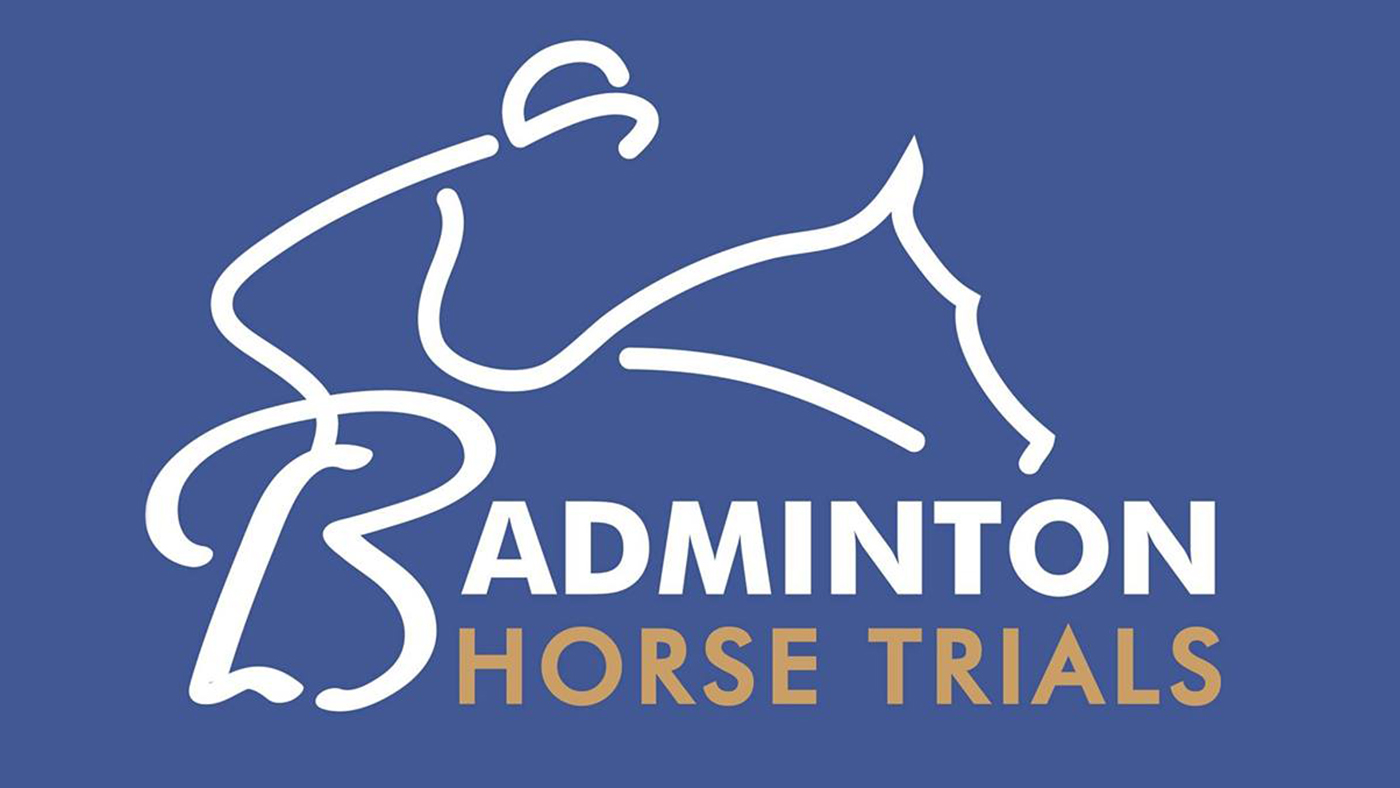 The current Badminton Horse Trials logo was unveiled in September 2019 and was developed by Claire Shand and Julian Seaman, who both worked for Badminton at the time.

The design features a horse and rider jumping over the wording, with the rider’s boot and the horse’s saddle forming the letter ‘B’. The new logo marked the start of a new era for the event after Mitsubishi Motors ended its support after 28 years.

What is Badminton Horse Trials?

Badminton Horse Trials is one of just seven five-star events in the world. Five-star is the highest level of eventing competition, where the very best horses and riders in the sport compete against each other in three phases: dressage, cross-country and show jumping. The same horse and rider combinations take part in all three phases and their penalty scores are added up. The horse and rider with the lowest penalties is the winner.