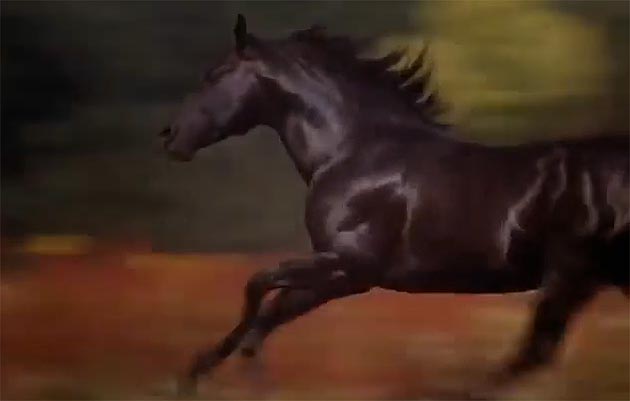 If you're wondering how to spend your Christmas afternoon, Jen Scouler reminds us why we will always find time for Black Beauty

Black Beauty, the classic novel found in every horsemad child’s bookcase, has been adapted for screen many times since the 1920s. The most recent adaptation was in 1994, a faithful version that features a impressive cast and a lovely score. Avoiding some sugar coated characteristics of earlier films, this Black Beauty reminds us of the true purpose of the original novel as an endorsement for animal welfare.

Set in the mid-Victorian period, the film follows the horse Black Beauty and his various owners over a lifetime. Subject to good people and bad, he experiences the roles that horses had during that time, from being a pleasure horse for a squire (Peter Davison) to a cab horse for Londoner Jerry (David Thewlis). Sometimes accompanied with his equine friend Ginger, Beauty’s adventures take us back to a time when horses were essential to working life.

Petersen was also the owner of The Horse Whisperer’s star horse High Tower. High Tower stood in as chestnut mare Ginger for certain shots, although as a gelding he had to be very carefully filmed by the camera.

With an established trainer in charge of the film’s equine actors, the stunts are excellent as the horses often steal the scene from their human co-stars. In one particular scene, Black Beauty finds himself injured after a night time gallop and Docs Keeping Time is heart-wrenching as he stumbles his way home.

For the birthing scene at the beginning of Black Beauty, Thompson was determined to make it realistic. To that end, she brought in a total of thirty pregnant mares to stay at the Buckinghamshire location. Finally, as one mare gave birth to a black foal, he began to be born crooked. Filming paused in a panic whilst trainer Petersen helped to turn the foal around. As he did so, he dabbed some white makeup on the baby animal’s face and then Black Beauty was born on film.

Anna Sewell’s novel Black Beauty has been considered a children’s book since it was first published in 1877, but in truth it had a larger purpose. Sewell wanted to teach readers about animal welfare issues and the harsh lives of horses when they were our main form of transport. This film doesn’t shy away from the more traumatic moments of the novel, and remembers the source as a reminder of the importance of caring for equine friends.

An effective plot device of this adaptation is interspersing scenes of Black Beauty in idyllic pastures, which act as temporary relief from some claustrophobic scenes of mistreatment. Credit must be given as well, to the final scene featuring David Thewlis as Jerry, whose portrayal is so affecting it’s impossible to forget.

However, the film’s highlight is definitely Black Beauty’s attachment to youngster Joe, and their sweet reunion is wonderful. In a day where desperate pleas for information on previously owned horses are everywhere on social media, this story will resonate with anyone who has ever lost track of an equine companion.

There may be some controversy by those fans who favour the 1971 version, but 1994’s Black Beauty is strongly appreciative of its source material and excellently portrays its historical context as a period drama. Whether it’s your favourite adaptation or not, it’s still a good family film and features some brilliant acting by its equine cast.