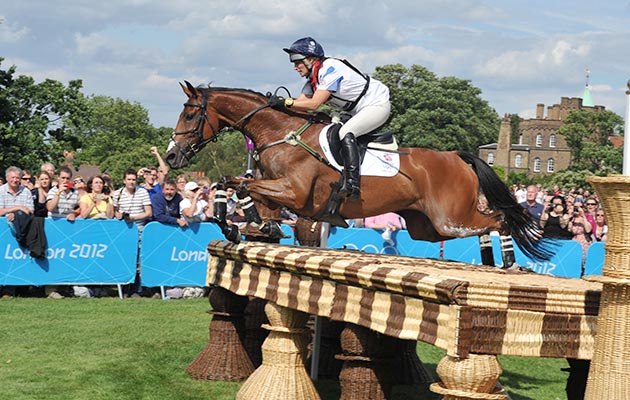 This is a three-day event held in a “special Olympic format of a four-star level of difficulty” (the top-level of horse trials). The team and individual competitions run simultaneously. Teams consist of three or four riders. All riders compete on the same horse throughout the contest.

On Monday, 8 August they all tackle the cross-country course. The track, designed by France’s Pierre Michelet, will have an optimum time of 10-11 minutes and 40-45 jumping efforts up to 1.20m high (1.40m if the obstacle is made of brush).

Finally, on Tuesday, 9 August, the showjumping takes place. The first round of showjumping (11-12 obstacles, fences up to 1.25m high), is open to all those who finish the cross-country and pass the final horse inspection. The team medals are decided after this.

The second round of showjumping (nine obstacles, up to 1.30m high) is open to the top 25 pairs after the first round of jumping, and decides the individual medals. No more than three riders from one nation can contest this final showjumping round.

The competition also has two horse inspections, on Friday, 5 August and the morning of Tuesday, 9 August, at which horses can be eliminated from the competition if the ground jury consider they are not fit to continue.

How does the scoring work?

Horse trials are scored in penalties, so the lowest score wins.

The best dressage tests will probably receive a score in the 30s or even high 20s, with scores stretching up to the high 60s or worse.

Riders can also be eliminated — for example for a fall or three refusals — or they may give up and retire on course. If a rider is eliminated or retires across country, they do not take part in the showjumping. Riders can also withdraw at any point between phases if they or their horse are not fit to continue.

Teams consist of three or four riders and the best three scores count. The same horse/rider combinations must count throughout, so if a team member is eliminated across country, their dressage score can no longer be counted. Pairs who are eliminated accrue 1,000 penalties, effectively ruling them out of the competition.

There is one set of individual and one set of team medals, both awarded on Tuesday, 9 August.

Who are the main contenders? Does Britain have a chance?

The Germans are the out and out favourites for the team gold after taking this honour at the past five consecutive championships. They also have several riders who are likely to challenge for individual medals, including Michael Jung, Sandra Auffarth and Ingrid Klimke.

Britain and New Zealand are likely to be their main contenders, so Britain has a strong chance of collecting a team medal. Team GBR will also field several athletes who will be in the running for an individual gong.

France, Australia, Sweden and the Netherlands are among the other nations who could be in contention.