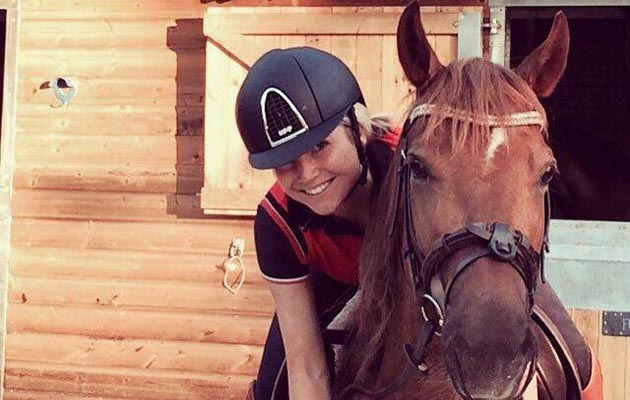 A moving video has been released in memory of a horse who was killed in a collision in 2016.

The video charts the group’s progress and offers advice to drivers who encounter horses on the roads.

It includes extracts from a BBC Breakfast interview with Laura, Claire and Alan Hiscox, director of safety at the British Horse Society, and footage from a Canewdons Equestrians road safety ride, which took place in May last year.

“It’s about making motorists aware that we are there, we don’t want to be a nuisance, we just want to get from a to b as safely as possible without causing too much trouble.”

“If it’s time for horses to come off the roads, what about cyclists and walkers using country lanes with no pavements?” she said.

“Are we to surrender our country lanes to cars? Fast cars approaching slow-moving horses are a recipe for disaster, so please pass wide and slow, only when safe to do so.”

Jodie addresses the “huge misconception” among some motorists that riders are “snobs”.

“In my case it couldn’t be further from that,” she said.

“I grew up on a council estate in Essex in a single parent family.

“I have to work very hard to pay for my horse but I wouldn’t have it any other way.”

Canewdons Equestrians has been working to reduce the 60mph speed limit on Lark Hill Road, Canewdon, where Angel and her rider Laura Thorogood were hit.

“Canewdons Equestrians is Angel’s legacy and we will not rest until we get the speed reduced on Lark Hill Road,” said Claire Lilly, one of the group founders.

“Five horses have been hit and there are more than 200 horses in residence on this short road. The speed limit needs to come down.”

The group, which won the safety campaign of the year category at the British Horse Society Awards (20 November), are meeting with the cabinet minster for highways on 20 March to discuss improving road safety for horses.

It has also planned an awareness ride on 20 May in Hockley, Essex.

“Laura is so brave,” added Claire. “She recently ventured out on her first hack following the accident, which is a huge mental milestone.”