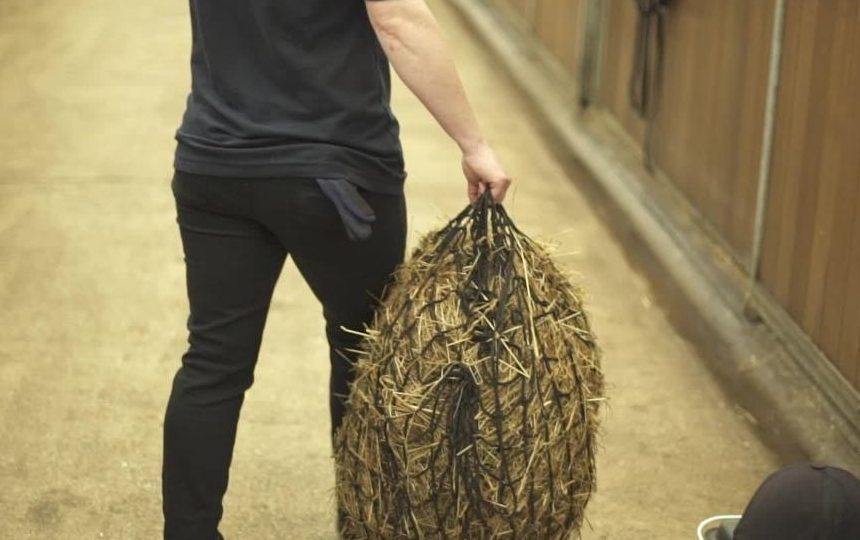 A horse found in an emaciated state is on the road to recovery thanks to World Horse Welfare.

Spikey was brought to the charity’s attention after a concerned member of the public called its welfare line.

His owner was contacted and they agreed to sign Spikey over into the charity’s care. Spikey was taken to World Horse Welfare’s Penny Farm in Blackpool on 17 October.

Upon arrival he was assessed by a vet, farrier, physio and World Horse Welfare grooms, and was found to be suffering from a very swollen, infected sheath. He also had scabby skin, lice and nasal discharge.

Spikey was treated with antibiotics and put on steamed hay produced using a Haygain steamer. He was also fed supplemented feed to help him regain his strength.

Nursing Spikey back to health

“He was very thin and as he’s quite a big lad it took him quite a while to get back to health,” said Penny Farm yard supervisor Karen Wright.

“We did find he had a bit of a snotty nose and a cough and so we introduced Haygain steamed hay so he had nice clean forage, which seemed to help tremendously. He was on three nets a day as well as being carefully fed supplementary feeds and slowly but surely he started putting on condition.”

Spikey is 16.1hh and has become popular among staff and visitors.

“He’s quite a chunky boy and he really presents himself — he looks stunning,” said Karen. “He’s a nice type, he can get a little bit bolshy, but we’re [working on] his handling.

“We are handling him each day, grooming him and picking his feet out. He was a bit down when he first came in, but he’s cheery now.

“Looking ahead we hope we will be able to ride him, but he is still quite weak,” said Karen. “Currently he‘s enjoying being turned out to help him get stronger — he’s looking fabulous and the grass has worked miracles.”

The charity hopes that eventually, once his rehabilitation is complete, Spikey will be rehomed.

‘Not all horses are so lucky’

“It’s important for us to support charities like World Horse Welfare to raise awareness of the excellent work they do,” said Haygain’s Laura Marsh.

“As a company we understand that most of our customers want the best for their horses and that’s why they invest in our products, but we know not all horses are so lucky.

“I think it’s really great that horses and ponies at World Horse Welfare have access to Haygain steamed hay so they have hygienically clean forage to aid with their recovery and rehabilitation.

“Also the staff at World Horse Welfare do such an amazing job so it’s also nice for them to have access to the steamer to avoid the laborious task of soaking, especially in the winter months.

“Hay contains spores that can cause irritation to the horse’s respiratory tracts and Haygain eliminates these so it is great way to ensure you are feeding a consistently clean forage.”

Penny Farm is one of four Rescue and Rehoming Centres that World Horse Welfare runs.

The yard has around 70 horses and ponies at any one time.

“All equine charities are full to bursting to take in these neglected, ill-treated and abandoned ponies,” said Penny Farm manager Fran Williamson.

“Most of them hopefully live out and our team operate a rota system so each one of them is handled on a daily basis.

“A lot of them are semi-feral and that makes gaining the trust of the pony a very lengthy process. It takes an average of 10 months to rehabilitate a pony from it entering the farm to it leaving.

“They each have to be treated as an individual.”

We will be following Spikey’s progress with World Horse Welfare and Haygain. Keep an eye out for updates on www.horseandhound.co.uk in the coming months