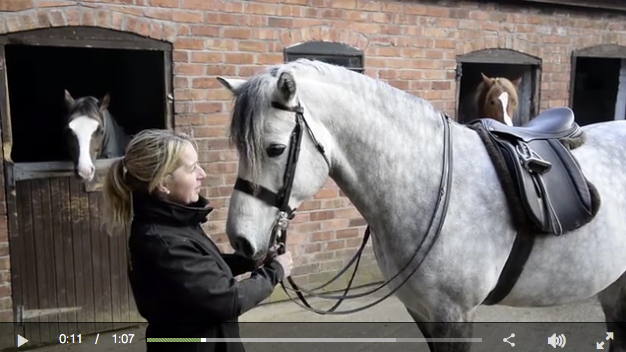 Choosing tack that best shows off your mountain and moorland (M&M) pony’s assets can mean the difference between winning and losing in the show ring.

Natives producer Sarah Parker, Horse of the Year Show pony supreme on the section A stallion Sarum Rembrandt in 2015, has already shared her tips for showing Fells and Welsh ponies. In the last of a three-part series Connemaras are in the spotlight as she assesses Drummore Prince Charming, who is due to compete at Olympia on Monday 19 December.

The seven-year-old gelding was a new ride for Sarah this year, having arrived at her Shropshire yard just a few weeks before H&H visited early in the season.

“Prince has got a simple little bridle on with a plain-jointed Neue Schule Pelham. He doesn’t need much in his mouth because he’s quite light in front and takes the contact,” explains Sarah.

“[The bridle] hasn’t got a lot of leather to it either and he doesn’t have a thick noseband. He’s got a pretty little head so I don’t like to cover it up.

“There’s no bling or anything like that for M&Ms, just keep tack plain and simple.”

“Prince is wearing a black 17.5in saddle, which is made to measure. Basically, you shouldn’t cover the pony up too much and you don’t want the saddle sat too far back on the loins,” says Sarah.

“This one has nice deep flaps because Prince has got a good depth to his girth and the saddle doesn’t hide the length of his body.”

Don’t miss H&H’s live coverage of the BSPS Ridden Mountain and Moorland Championship at Olympia on Monday 19 December, starting at 9.30am. Sign up for a reminder here