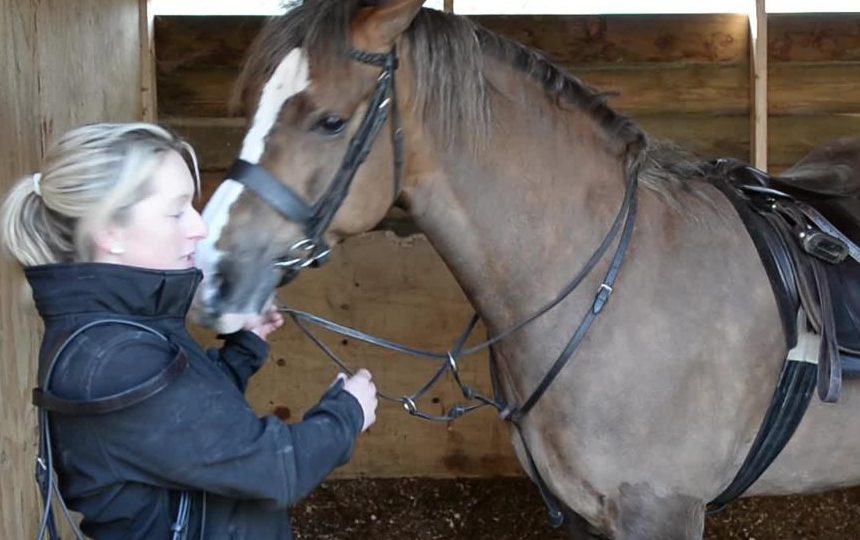 Do the judges look at your native pony in the ring and think “wow”? Turnout is key to this and, in the next part of our turnout series with Sarah Parker, who piloted the section A stallion Sarum Rembrandt to supreme pony honours at Horse of the Year Show in 2015, the prolific producer shows us how best to show off Welsh ponies in the arena.

1. Best bits for the job

Schooling at home requires different tack to ensure Sparkles is best prepared for the ring.

“Sparkles is quite heavy on the forehand because she’s built so big, so we school her in a little Wilkie snaffle, which is best for helping soften in front,” explains Sarah.

“For the show ring, she has a Waterford Pelham. It suits her because she can’t get hold of it and it helps to keep her nice and light in front and working through her back.

“She wears a martingale when we’re working at home, but she can’t wear it in the show ring because she only does flat classes.”

2. Saddles shaped to show off the pony

Sparkles is a well-built mare with a deep girth area, and Sarah uses a saddle that not only fits correctly to ensure the mare’s comfort, but flatters her shape the best too.

“Sparkles’ saddle is a Flyde Samantha saddle. We use it because the flaps are long and Sparkles is deep in her body, so it suits her. Otherwise, a shorter saddle would break her up so that you have a small saddle and a big pony underneath, which looks silly,” says Sarah.

“Underneath is a little sheepskin numnah. It’s neat to the saddle because we don’t want to cover up her shoulder, and it doesn’t finish too far back.

“Sparkles is quite short coupled, but this saddle length is ideal because it doesn’t cover her up.”

Don’t miss H&H’s live coverage of the BSPS Ridden Mountain and Moorland Championship at Olympia on Monday 19 December, starting at 9.30am, and the full showing report in the 22 December issue of Horse & Hound.