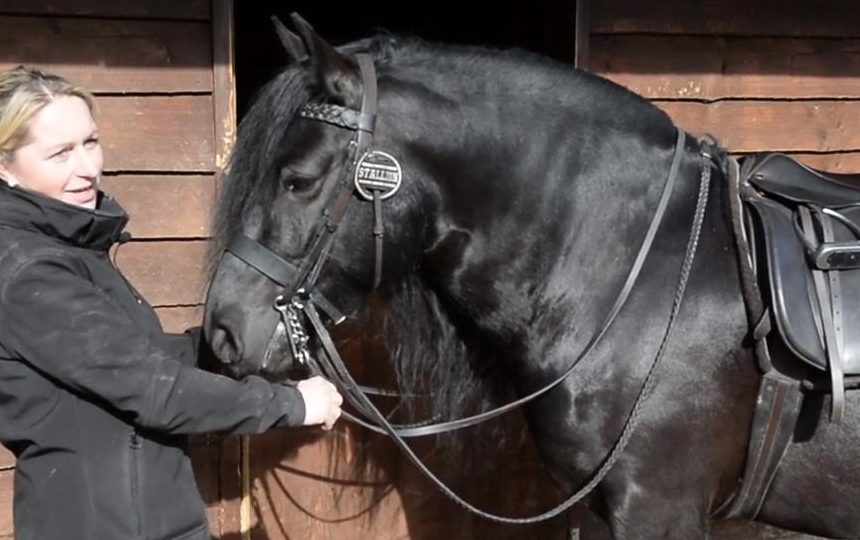 Are you confident that you’re turning out your native pony correctly for the show ring?

With mountain and moorland breeds due to take centre stage at Olympia next month (13-19 December), prolific natives producer Sarah Parker — who piloted Welsh section A stallion Sarum Rembrandt to supreme pony honours at Horse of the Year Show in 2015 — kicks off a new series into being ring ready.

This time Hardendale Ray, a six-year-old Fell stallion is in the spotlight. Watch the video below.

“Ray wears a double bridle for showing. Bits should be very neat in the mouth and I don’t like to see a pony wearing too much tack,” says Sarah. “Ray does have to have a reasonably thick bridle because he has a chunky head, so he needs a thicker noseband and cheek pieces.

“He also has a plaited browband, because I think it makes him look neater — but that’s down to each rider’s personal preference.”

Societies expect stallions to be easily identified by having a badge on their bridle — it’s the rules.

“We have ours made because they look neater than the traditional plastic ones,” says Sarah.

Due to his double bridle, Sarah rides Ray in two reins.

“Rein-wise he has a plaited rein on top and a plain rein on the bottom,” she explains.

“Being a Fell pony, I have to really look after Ray’s feathers, especially with the surfaces that he works on at home,” explains Sarah. “We have a rubber surface and a sand surface so I have to be careful that Ray’s feathers don’t burn away.

“I put pig oil on them every other day to maintain them and stop them breaking away.”

Don’t miss H&H’s live coverage of the BSPS Ridden Mountain and Moorland Championship on Monday 19 December, starting at 9.30am, and the full showing report in the 22 December issue of Horse & Hound.