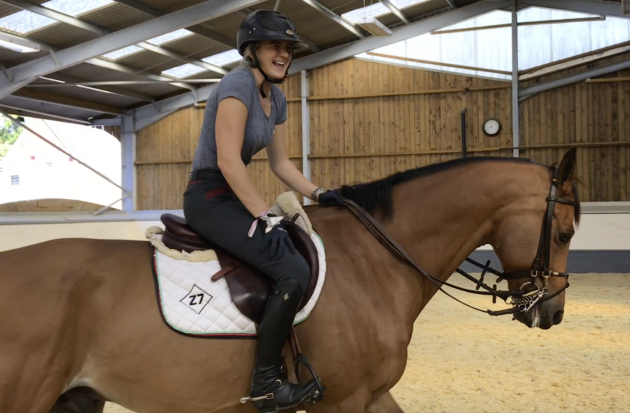 It’s been a few weeks since my last blog as we have been non-stop — I’ve barely had time to sit down! Since I last wrote I’ve competed on home turf at the All England Championships at Hickstead, been to and back from Lier for the CSI3*, and just last weekend we were up at Arena UK.

Starting from the beginning of September; we were back home at Hickstead’s September show. This is an amazing event for us as it gives some of the youngsters a chance to have a look around the main arena (although it does mean A LOT of horses to ride in one show — lucky I love it!).

Z7 Crsipen was the star of the week though for me, putting his experience to good use, coming fourth in the grand prix, made only better that my boss, Shane Breen and Clyde VA claimed the win (Shane’s fourth win at Hickstead this year!). Z7 Caretina did brilliantly in the six- and seven-year-olds qualifying for the championships, giving me a lovely round for seventh place.

From Hickstead it was a quick turn around to pack up and head to Belgium for the CSI3* and CSIYH1* where I had Z7 Carentina, Z7 Cash Up, Coquette Chapotiere, Z7 Canya Dance and Z7 Colmar. I got to catch up with the amazing Emily Ward here, who is a fellow showjumper (she makes a very brief appearance in the video — I think she’s a little camera shy!).

We were then home for about a week, which was a chance for some much needed catch up time for me. It was great to have the girls from Stride Management come out to take some pictures and talk through what I’m doing. Stride are my management company who help me with the organisation of my life — most of the time storing all the videos I get so they are ready to show you guys. They even managed to get super groom Leo on camera while he sorted through all our kit and got the tack locker packed up! In between all this I was introduced to the amazing Vicki from Victorious Jewellery and fell in love with everything (for those of you with a beady eye, I’m wearing my some of her pieces in my video).

Now that I’ve passed my HGV (after much studying and practice — full credit goes to Breen Team’s Chloe Breen for making sure I got there), Leo and I can now head off with a ream of horses on our own. So, the two of us headed to (a very windy!) Arena UK with five horses, where I was hoping to defend the under-25 title that I won with Z7 Cash Up last year. Sadly, this wasn’t our year, even though Z7 Crispen did two great double clears we just weren’t quite fast enough, but we did manage to take fourth place. The young horses jumped well all week placing in a lot of their classes, so overall, a success!