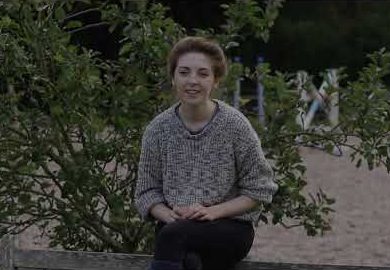 A groom has spoken openly about her mental health troubles to encourage others to talk about their problems.

The freelance groom, who has chosen not to be named, is urging others to seek help following her battle with depression.

She shared her story as part of the British Grooms Association’s (BGA) launch of its online Grooms Minds microsite, which features information and support on how to deal with difficult real-life situations faced by workers in the equine industry.

“Although the bullying from some other grooms was subtle, the lack of empathy and care shown by my employers and clients was significant,” she said.

“Over time I felt vulnerable and depressed. As my depression worsened, I kept working and just kept it to myself.

“I didn’t talk about it with anyone and I didn’t want to admit that there was anything wrong and that I wasn’t coping. In December I fell off and seriously injured by back. My consultant said I would need an operation before I could work or ride again.

“I was devastated. The combination of being out of action, on strong painkillers, stuck at home on my own, not being able to see my horses and in an unsupportive relationship became too much.”

The groom took an overdose and then called the Samaritans, who told her to call an ambulance, which she did.

Katy is aiming to raise £2,000 for the mental health charity MIND

‘If there’s a horse not looking right, we pick it up in 10 seconds, but it would take you 10

“Feeling so alone was my lowest point, it made me realise how bad it had been and that I hadn’t been coping for a long time,” added the groom.

“As grooms we are so aware if a horse isn’t right or happy and it is picked up straight away.

“Whereas if it is a person or colleague it is so often ignored. I think this is where we need change and we should be looking out for each other more — maybe start treating each other like we do the horses.”

She said while she still has good and bad days, she knows that she can keep going.

“I now recognise that it is an illness and with coping mechanisms and support, I can deal with it,” she added.

“The first time I sought professional help was like a big step in the right direction.

“It really helped me because it is so important to talk and you can get help much quicker than I did. Help is out there and there is no shame in asking for it.

“If you are in a bad situation, just walk away — there are other jobs, but there is only one of you.”

The groom added the BGA’s support has been “life changing”.

“The Grooms Minds support line has been so helpful when I’ve felt down and it is so reassuring to know that they are there to talk to you 24 hours a day,” she said.

“If you think that someone is struggling, talk to them. Point them to Grooms Minds and the support line so they can know they are not alone either.”

For more information on Grooms Minds, don’t miss this week’s issue of Horse & Hound — out now.