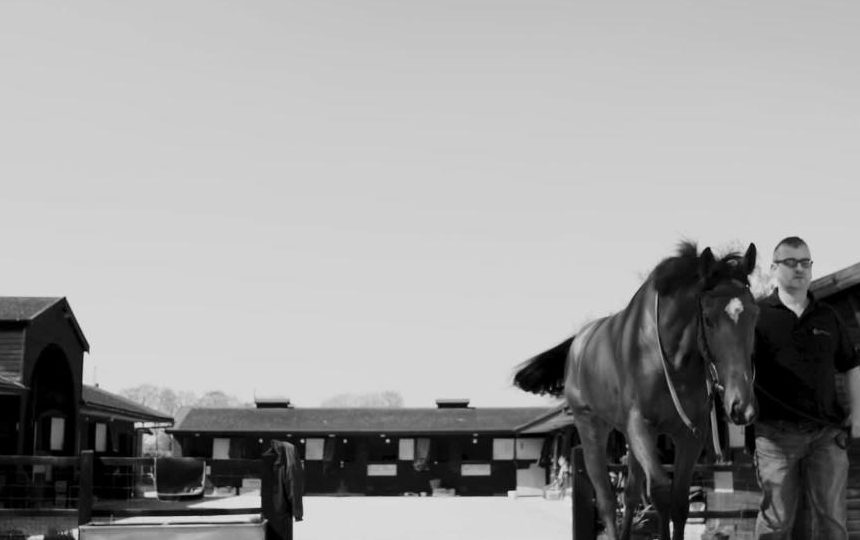 A groom who battled with serious depression has opened up about his struggle to encourage others to seek help.

Racing Welfare has released a film featuring Duggie’s story to mark the start of Mental Health Awareness Week (14-20 May).

The Mental Health Foundation, which hosts the week, is focusing on stress this year.

Racing Welfare is one of the many equestrian bodies to be involved in promoting awareness of mental wellbeing and helping those in the industry who are going through tough times.

The British Grooms Association has also launched a helpline for its members, in conjunction with Racing Welfare, providing 24/7 support for people working in any part of the equestrian industry who are struggling.

Racing Welfare’s film, released yesterday (14 May), features the story of one of their beneficiaries, Duggie, who was helped by the charity after falling ill.

“If there’s a horse not looking right, we pick up on their attitudes in 10 seconds, but it would take you 10 weeks to notice that your mate working beside you isn’t,” said Duggie.

“I think that’s maybe where we need to start paying a bit more attention and maybe treat each other like we do the horses.

“I was doing a travelling head lad’s job at the time, so I was on the road constantly. You tend to isolate yourself, and that’s when I really started to have trouble.

“It was depression and from there I developed a lot of problems with anxiety.”

To mark Mental Health Awareness Week (18-24 May) and with mental health increasingly prominent on the national agenda, we find

Duggie tried to take his own life more than once.

“I felt I was so absolutely worthless and useless, I just lost all self-respect for myself,” he said.

“I didn’t realise that I did actually have an illness, it wasn’t until it was explained to me about hormones and chemicals and all those sort of things that I could suddenly focus on it.

He added opening up was the “biggest step”and encouraged others to talk to someone sooner rather than later.

“The first time I said to someone, ‘I’m not really coping here’, it was like they always say — it was a big weight off my shoulders,” he said.

“Once I realise I had problems and opened up about it, it was really good for me.

“Racing Welfare helped me out a lot last year, from the helpline that puts you in contact, right through to the social side.

“A horse can’t judge you, a horse just sees you as part of his herd — if you treat him well, he will always treat you well in return. Well, apart from the odd two-year-old colt here and there!”

Where to find help

This week’s edition (10 May) features our full report from Badminton, including in-depth analysis, expert comment, pictures and more. Plus, read our feature on the options for retiring your horse and in this week’s vet clinic we look into the challenges of equine surgery