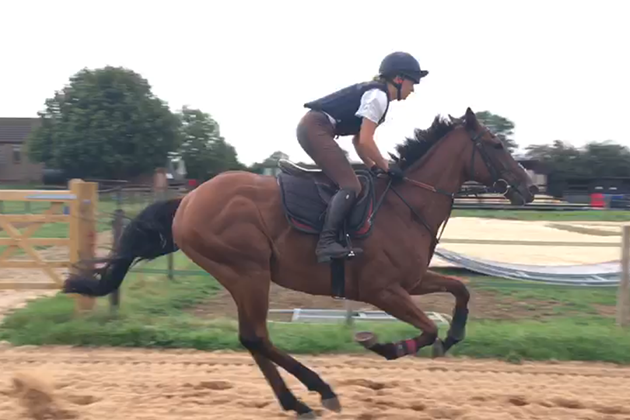 The big day is just around the corner, and I can’t wait to get going in the Champions Willberry Charity Derby at Epsom on Monday (27 August).

I’m going to start this blog with a big plea… Please, if you can possibly spare any size of donation to my fundraising efforts, I would be so grateful. All money raised goes to two amazing charities; Hannah’s Willberry the Wonder Pony and The Bob Champion Cancer Trust. The link to my fundraising page is here: uk.virginmoneygiving.com/GemmaRedrup A huge thank you to those who have already generously donated, and I hope I don’t let you down on Monday.

My biggest news is that I have a horse to ride! After some unforeseen circumstances, I found myself a couple of weeks ago with no horse to ride in the race. I think I cried for about 10 seconds and then realised that wasn’t going to get me anywhere, so a nationwide search was put into action. After hundreds of emails, phone calls, and messages, thanks to some very helpful people, a horse was sourced. The wonderful Michael Grange put me in touch with trainer Laura Morgan, who very helpfully, is based just 25 minutes from home.

On Saturday Laura very kindly said she had a horse I could ride in the race, but unfortunately I was away covering the Pony Club Championships in Cheshire for work until late on Monday. The days seemed to drag by until, yesterday morning (Tuesday), I was introduced to the drop dead gorgeous Gee Sixty Six, or Jerry (pictured throughout and leading in the video) as he’s known at home.

Jerry is a big, bright bay four-year-old, who Laura bought this summer. He has run in 16 races, up to two-miles, all on the Flat bar one hurdles race.

It was love at first sight for me, and now, two rides in, I feel like we should be OK on Monday. Winning might not be within our reach, but as long as we enjoy ourselves, I will be happy.

I will be riding a proper piece of work on Jerry on Friday and hopefully that will set me up mentally for the challenge on Monday. Everything crossed!

I continued to ride out at Charlie Appleby’s until Jerry came into my life, and I’m hoping to go back there to ride out after the race, mostly to say a big thank you to everyone who has helped me on this journey.

The countdown to race day is on as there is less than two weeks to go...

In other news, it seems this race riding training has had a positive impact on my day-to-day riding too. I took my own horse, Basil, cross-country schooling with my trainer, four-star event rider Richard Jones recently and he announced: “What’s happened? It looks like you’ve finally got some lead in your pencil!” I do feel like I’ve got more grit and determination than I had six months ago. I had no idea that this race would have such a big impact on me, but it has. I just want to get out there and make the most of it all now.