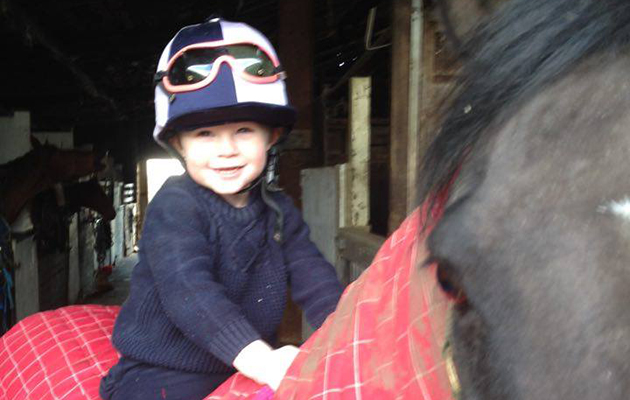 A touching video of a toddler riding his pony has gone viral after being shared on Horse & Hound’s Facebook page.

The video of Jack Whitbread, who will turn three on 1 March, has been watched over 462,000 times and liked by more than 15,000 people since it was shared on 11 February.

Buckinghamshire-based Jack has autism and was filmed riding his 17-year-old pony Beauty.

He is shown giggling with delight as he trots alongside his mother Kirsty.

“The video was only the second time Jack had been on a pony. I’ve never seen him so happy,” Kirsty told H&H.

“We couldn’t touch his head before so it’s amazing he’ll now wear a hat.

“I was completely surprised with the response. I hope the video can help other parents see how much animals can help children with autism.”

“When we first got her she was really sharp, but she just knows when Jack is on her.

“She is so gentle and she will sniff Jack —normally he doesn’t like anything touching him. They have a lovely bond.

“Jack will run straight to her stable when we get to the yard.”

Maizie is a showing rider and is excited her brother is getting into ponies.

“She’s absolutely buzzing about it, it’s always been her and the ponies but now Jack can join in,” added Kirsty.

“She rides for a couple of people and now she wants Jack to ride the show ponies too.”