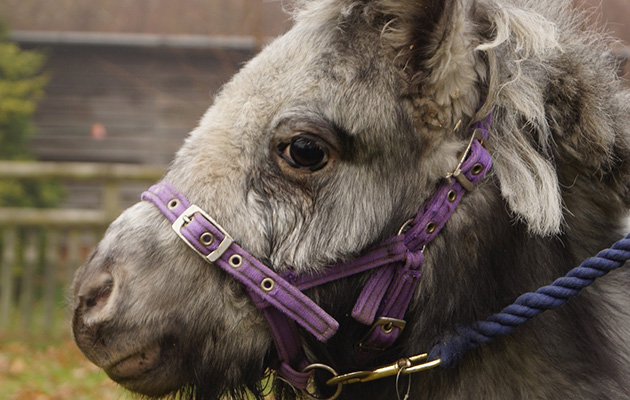 The touching moment a policeman was reunited with a pony he helped rescue has been captured on video.

PC Josh Haase was called out to a skate park in Harlow, Essex, on 24 October last year after a member of the public found a pony in a poor state.

The colt — believed to have been less than a year old — required urgent veterinary attention.

“It was clear the pony had been mistreated; his eye was ulcerated, his back legs were lame and he was completely dishevelled,” said PC Haase.

The pony was also suffering from an ulcerated eye and chronic diarrhoea.

Lucinda Sloane, press and communications manager for Redwings added: “One of the reasons he may have been abandoned is because of his perceived low value as a male foal but also because of his obvious health issues.”

He was seized with the assistance of the local council and taken to nearby veterinary practice House & Jackson.

While appeals for information were made, Redwings Horse Sactuary funded the appaloosa’s treatment and as his owner could not be found, the charity offered him a permanent home at its sanctuary.

Six months have passed since Josh’s rescue but his recovery has not been straightforward.

He needed to spend an extended period of time at the charity’s hospital to investigate his persistent diarrhoea and although it is not causing him any discomfort, vets believe Josh will not regain full sight in his eye.

However, in February Josh was well enough to return to Redwings Ada Cole centre where the care team will continue to help him in his recovery.

Yearling Elsa was found abandoned in January with

“Our job allows us to see a variety of situations but this was definitely a first,” said PC Haase.

“It’s fantastic to see that Josh has made a full recovery and is back to his normal self. As you can see from the video, he looks much healthier and his hair had all grown back.

“It’s great to see him running about with a spring in his step enjoying life.”