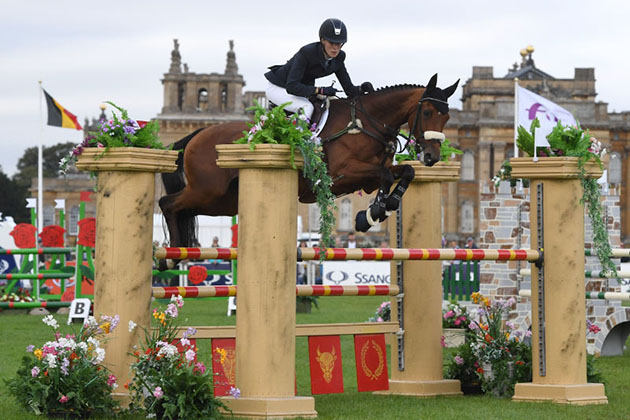 Bella, who was riding her mother, the Duchess of Roxburghe’s 14-year-old mare, Carolyn (pictured), led from start to finish, scoring the rider’s biggest win to date in the process.

“Wow, today is a complete dream come true,” said Bella, who hails from the Scottish Borders. “Carolyn is one in a million — we’ve gone through a lot together, all the way from BE100 and juniors.”

Bella had a fence in hand going into the showjumping phase, which she used up at the second last, maintaining her lead by .3 of a penalty from second placed William Fox-Pitt and Oratorio II.

“I was disappointed after the dressage and thought that was it,” admitted William, who finished on his first phase score of 28.7. “But my horse is a tough old chap and he came out really well today after the cross-country — he’s a fighter and I’m very excited about him.”

Alex Bragg and Zagreb put a fall at Burghley behind them to finish third, also finishing on their dressage score of 29.6.

“Zagreb is the star of the day for us,” said Alex. “It’s nice that he’s recovered so well from Burghley and I’m chuffed to bits.”

Selina Milnes was delighted to finish fourth with the very classy 10-year-old Iron IV. A clear round in the final phase saw them rise four places.

“At the beginning of the week I liked to think we could finish in the top 10, but I honestly can’t believe we’ve done it,” she said.

Kitty King was fifth with Vendredi Biats, while a fence down for Pippa Funnell and MGH Grafton Street dropped them from second to sixth. Emily Philp and Camembert jumped their 21st consecutive clear showjumping round at international level to wind up in seventh. Three fences down meant Oliver Townend and Ulises, who were third after the cross-country, dropped out of contention.

Don’t miss the full report from Blenheim in next week’s issue of Horse & Hound magazine, out on 20 September