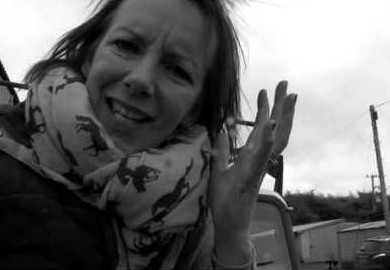 The original took the world by storm when it was released in October, breaking a host of records and the official video racking up more than 948 million views on YouTube.

But Kelly Jewell, who specialises in retraining ex-racehorses, has found that with a little tweaking, the ballad can perfectly describe the relationship between horse and rider.

Uploaded to YouTube on New Year’s Day, the spoof has already had more than 800,000 views.

Kelly told H&H that the video was some “new year’s silliness” filmed for friends, family and supporters of her business, Racers to Riders, as a thank you.

“My partner is a music producer, so I wasn’t short of having some creative input,” she said.

Kelly wrote the lyrics herself after listening to her stepson record a minecraft parody of the song.

“My partner and I did most of it, we had help switching on and off the music, and a couple of my good friends and liveries were just there for the hoot,” she said.

“It has been played in every single country apart from North Korea.”

The artistically-shot black and white video opens with Kelly singing from the bonnet of her 4×4 before unsuccessfully trying to catch her horse in a muddy field.

“There’s always this mud between us, or a million flies,” she sings.

“Hello from the warm and dry, at least I can say that I tried, with treats and carrots time after time, but it don’t matter even though it’s up to my thighs.”

The equine star in the short film is a 16.2hh thoroughbred called Dave.

“He was brilliant,” said Kelly.

The camera follows her around the yard as she grooms, hacks out and takes a tumble in the school.

“I hope I can ride, or at least go sideways up the road then spin and gallop home,” she sings.

“Hello sand is in my eyes, we tried to jump and then you shied.”

She concludes by summing up why she loves the sport.

“Hello from the driver’s side, I’m off home now I’ve hurt my pride,” she says.

“But there’s no lasting damage, so I’ll come back at five to repeat this madness that makes me feel so alive.”