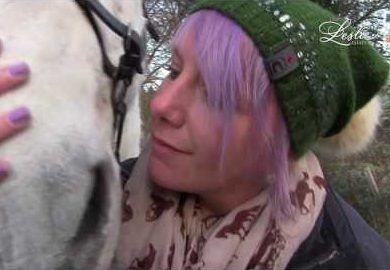 A group of equestrians has created a parody of a Christmas classic to raise funds for Brooke.

The team at Castle Leslie Estate has made their own version of Fairytale of New York in aid of the international equine welfare company.

The satire was the brainchild of Sammy Leslie, who brought together musicians, horses and staff to star in the festive video.

“The team at Castle Leslie Estate has made an incredibly sweet and funny parody of a Christmas classic to raise awareness for Brooke, a charity that’s very close to the hearts of the equestrian team here,” said a spokesman for the estate.

“Sammy brought on board the musical duo from Music for Dressage, Kelly Jewell and Tony Hobden, to sing it, act in it and film it. It also features the very talented local Monaghan choir, the Donagh Choir.

“The star of the parody without a doubt is Jim Jim the horse (Dream Warrior) who is Sammy’s own horse. Jim Jim who has a long equestrian career spanning three decades, is almost 31 and he lives out his days at Castle Leslie Estate with his mate, Bobby Joe.”

“Castle Leslie Estate has over 35 working horses at their equestrian centre, but not all horses are as lucky. Sammy decided to make this Christmas video parody in the honour of those that work in difficult circumstances to raise awareness for Brooke.”

The charity’s staff include vets, animal welfare experts, and advocacy and development specialists, who all work to improve the lives of these equines.