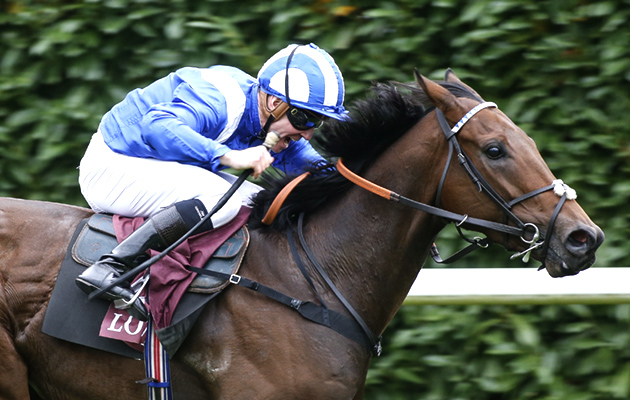 What happens when some British sports stars take on one of the fastest racehorses?

The Charlie Hills-trained Battaash is rated the best sprint horse in the world and is set to run on QIPCO British Champions Day at Ascot (20 October).

So would any of these tough athletes be able to trump the speed of this lightning-fast racehorse?

Impressively, the answer was yes. Albeit, no surprise that the runner was the one to take the title in a time of 1.47 seconds.

“It gave me a real sense of just how quick and powerful racehorses are,” said the victor Adam. “I’m delighted to beat Battaash’s time, but I’m not carrying a jockey or breaking out of the stalls in race.

“For a half tonne horse, like Battaash, to be able to cover 10 metres from a standing start in 1.71 seconds is pretty incredible. I’ve even more respect for the jockeys for staying on board during that acceleration.”

Oisin, who finished lower down the scoreboard in a time of 2.03 seconds, added: “I think my time demonstrates why I ride the horses and don’t actually sprint myself. As a jockey, you get used to travelling on board a horse at such speed, but it was really interesting to look at it from a different point of view and see how some of Britain’s top sports stars compared.”

Meanwhile, Victoria, who also had a spell in the saddle as a jockey, was surprised with her result, a time of 1.93 seconds, and said: “As a former track cycling sprinter, I thought I might have a bit of explosive speed to have a chance against some of the others but the time just goes so quickly.

“Having trained to be a jockey myself I’ve been lucky to work with lots of amazing racehorses, so I know how much power they generate. They are incredible creatures, hopefully today’s activity shows everyone how powerful they are.”

Rugby player Danny Care finished in a time of 1.88 seconds and added: “I never really appreciated how fast these champion horses went until I had to race against one.

“In rugby, it’s all about power and speed. I can’t imagine what it takes for a jockey — in terms of agility and strength — to stay on board when they’re travelling so quickly.”

For all the latest equestrian news, features and reports, don’t miss Horse & Hound magazine — on sale every Thursday.