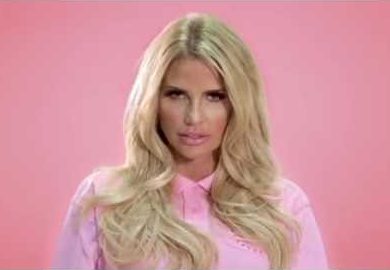 The show, Katie Price’s Pony Club, is set at the former model’s family home in West Sussex where she keeps her five horses.

The series follows Katie as she creates a Pony Club team like no other with her friends and their children, including her eight-year-old daughter Princess and 10-year-old son Junior.

Each episode will see the children tackle a different form of riding, including showjumping, reining and dressage.

Katie Price’s Pony Club goes out on TLC at 9pm.

“This is a brilliant horsey romp that will reveal a fascinating, and previously unseen, side of Katie,” said Clare Laycock, head of TLC and Investigation Discovery.

“Through her kids, friends and love of horses, the series brings a great reality peek into the extraordinary life of one of the country’s most popular and well-known personalities.

“This is a passionate project for Katie and we’re incredibly excited to add the original show to our summer line up.”

Earlier this year, Katie went out with the Cheshire Bloodhounds.

The day’s hunting, which will feature in the series, raised over £4,000 for charity.

“Katie Price and her children Junior and Princess were all at the meet and Ms Price stayed out until hounds went home,” said joint-master Julie Finney.

“Riding her own horse she kept up and jumped all the fences on the route that the field master took but she was tired at the end.”

Ms Price was however given some advice prior to the meet.

“Katie was great fun and thoroughly enjoyed her day however she did arrive wearing rather a lot of bling so we had to advise her on hunting etiquette which she totally took on board,” added Julie.

“We found her a hunting tie and pin and gave her a hunt coat to wear.”