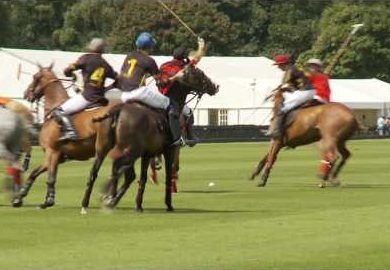 A touching film paying tribute to the ex-racehorse has been shared online following its premiere at the Retraining of Racehorses (RoR) awards earlier this month.

Produced by broadcaster and producer Luke Harvey, the film follows thoroughbreds who have made the transition from track to riding horse in a number of disciplines.

It features interviews with champion jockey Richard Johnson as well as riders who have taken on retired racehorses.

“We all have to retire at some stage — jockeys and horses,” said Richard. “It is all about finding the right niche after racing.

“For horses there is hunting, showjumping, happy hacking — there’s lots of different careers they can do.”

The short movie is set to the hit soundtrack of Feel The Love, by drum and bass band Rudimental featuring John Newman.

“I was probably quite apprehensive in that I had never had a racehorse straight off the track before,” said one rider in the film.

“It has been very rewarding — I think building up the time with them is important because then they trust you.”

The 2016 RoR Awards were held on 7 December at The Jockey Club Rooms in Newmarket, hosted by Clare Balding and Luke Harvey.

A total of 11 accolades were presented, which celebrated the versatility and adaptability of former racehorses.

The prestigious title of RoR Horse of the Year was given to Monet’s Garden, who is continuing to enjoy his second career as a show horse at the age of 18.

There were also prizes for former racehorses in dressage, endurance, eventing, polo, showing and showjumping. As well as these, there were special recognitions to mark the achievements of racehorse turned Olympic eventer Summon Up The Blood and members of the British horseball team, who competed at this year’s World Cup on ex-racehorses.