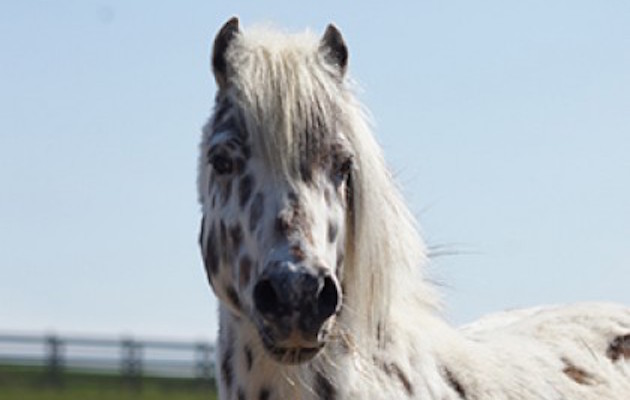 Spindles Farm veteran Cookie is celebrating his 21st birthday at Redwings Horse Sanctuary next weekend – and all are invited.

The appaloosa will be marking the milestone with a party at Redwings Aylsham, north of Norwich, on Saturday, 24 June from 11.30am.

The gelding joined the charity’s adoption scheme this year to mark the 10th anniversary of his rescue from horrific conditions at Spindles Farm, near Amersham, Bucks, in January 2008.

Cookie and some 100 other horses, ponies and donkeys were found living without food or water, the bodies of more than 30 other equine around them.

“Cookie was one of 60 survivors who came to Redwings to begin a new life at Sanctuary, as well as six foals born to mares following the rescue,” said a charity spokesman.

“Thanks to the hard work of Redwings’ vet and equine care teams, today an incredible 58 horses and donkeys are still being cared for by the charity or in loving guardian homes as part of Redwings’ rehoming programme.”

Guests at the party will be able to meet Cookie, who will be treated to a birthday cake, and join in with quizzes and party games.

Redwings’ head of fundraising Alison Lanchester said: “With his friendly nature and striking looks, everyone has taken Cookie to their hearts.

“His story of survival has really touched our visitors and we’re delighted that so many of them have supported this charming chap by sponsoring him since his launch as an adoption star.

“His triumph over such a traumatic start in life, however, is symbolic of the struggles all of our inspirational Amersham survivors have overcome. By adopting Cookie our supporters are also helping to ensure we can continue to give all these beautiful horses and donkeys a safe and loving home for the next 10 years.”

Duke, who was rescued from Spindles Farm in 2008, has won his first dressage competition.

The donkey who was the face of the Amersham campaign, Operation Esther, appears in a children's programme

This week’s pony special, out on 7 June, features Britain’s naughtiest ponies and how you can find the dream smaller equine. We also look at the pros and cons of equine treadmills, talk to showing producer Aimee Devane and have reports from the H&H Festival of Eventing, Tattersalls Horse Trials, racing at Epsom and much, much more.