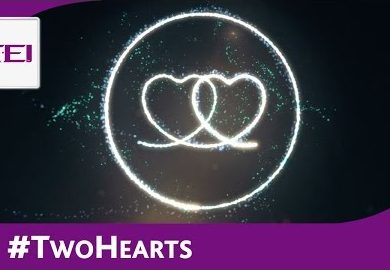 The “special bond” between horse and rider is celebrated in a video released today, less than three months before the start of the Rio Olympics.

The FEI hopes its #TwoHearts video will “spread the spirit of a sport that has been at the core of the Olympic movement for over a century”.

A spokesman for the federation said: “In its largest ever global campaign, the FEI, world governing body for horse sport, will shine a new spotlight on the sport in a way that has never been done before, celebrating the remarkable relationship between equestrian athletes and their horses and how their two hearts beat as one in the drive to win.

“Over the coming weeks, the FEI is rolling out a series of emotive and engaging content via its social channels that will inspire passion and excitement for the sport in new and old fans alike.”

Fans can support the campaign by posting and sharing pictures and video on social media, using the tag #TwoHearts.

“The #TwoHearts campaign emphasises the special bond between horse and rider, introducing our sport in a new way to fans around the world,” said FEI president Ingmar De Vos.

“Equestrian sport is all about the connection, intuitive link and committed partnership between the two athletes, which make our sport one of the most compelling at the Olympic Games.”

The equestrian events at the Deodoro Olympic Park will feature horse and rider combinations from 43 countries competing for six gold medals in showjumping, dressage and eventing.

The eventing runs from 6-9 August, followed by the dressage, which runs from 10-15 August. The showjumping starts on 14 August and finishes on 19 August.

The Paralympic dressage runs from 11-16 September.

For more information on the #TwoHearts campaign, or to get involved, click here. To keep up to date with the latest news from Rio, click here.