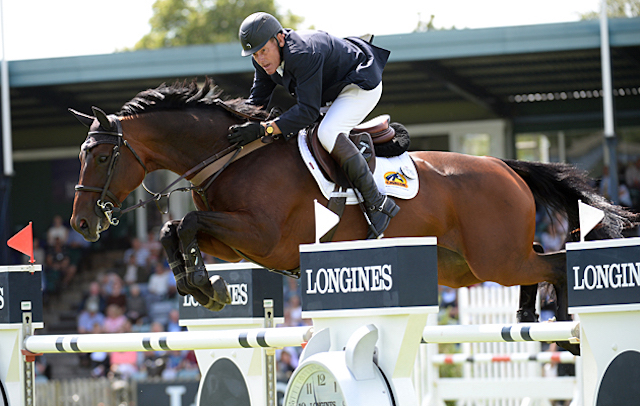 Team manager Di Lampard was “absolutely devastated” by Britain’s sixth place in the Furusiyya FEI Nations Cup at Hickstead today (29 July) which ruled the team out of September’s final, and meant relegation.

Britain, which finished runners-up at last year’s final, has been relegated to European division two, as have last year’s winners Belgium, who also failed to make this year’s final.

The result, in the final European division one leg of the series, meant Britain finished in eighth place overall, less than five points behind seventh-placed Italy, the last to qualify for the Barcelona final. Only the top seven will contest the division next year, plus the top team from division two.

“Somehow, we’ve worked very hard this year and the results have ranged from winning in Rome to really poor results.

“I’ve got to get the planning better.”

The first round had looked promising, as Tim and Jessica jumped clear, while Ben and Scott lowered a pole each, for a total of four faults.

But in the second round, Ben and Tim each had four faults, while Jessica and Scott each had two fences down, for a final total of 20 faults.

Di said it had been a “very busy year”, with today the fourth consecutive Nations Cup for Britain, and the approaching Rio Olympics, which have been “the focus”, which she believes has put pressure on riders.

“I think we’ve got to go back to the drawing board,” she said. “Barcelona’s a fantastic final. Everyone wants to go but we’re not there this year and we’ve got to accept it. We haven’t performed well enough.”

But Di is confident about the forthcoming Olympics.

“It’s a different day, different team. We’re going there with the same ambition as we set out with. Rio is our goal this year, to retain that gold medal. We’ve got good team spirit and we’re going to go for it.”

German fourth rider Ludger Beerbaum did not have to ride in either round, as his three team-mates jumped clear in the first round, and only third rider Patrick Stuhlmeyer (Lacan 2) picked up four faults in the second, which sealed the victory.

“I’m very happy,” he said. “Meredith [Michaels-Beerbaum, on Fibonacci 17] opened the door for us, she did great.

“Ludger was a bit angry he couldn’t ride, but he was happy in the end.”

Belgium and Ireland finished in joint second on eight faults, America and Switzerland joint fourth on 12 and Italy and the Netherlands joint seventh on 28.

The Netherlands were overall winners of the division, with Ireland second, Germany third, Switzerland fourth, Sweden fifth and France sixth.