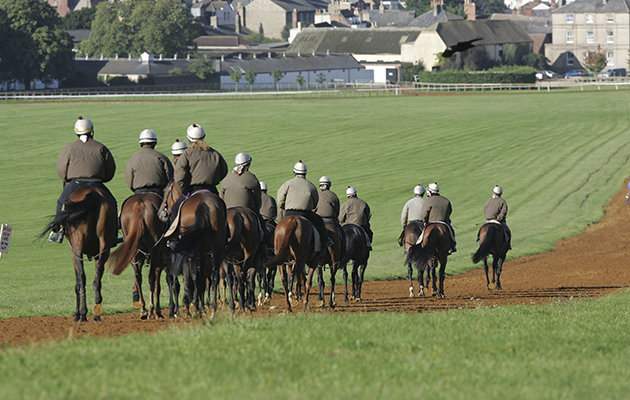 A video promoting the work of the Injured Jockeys Fund (IJF) has helped bookies Betfair raise £50,000 for the charity.

It features some of the jockeys reaping the benefit of the facilities at the IJF’s Oaksey House rehabilitation centre.

Comments include: “People underestimate the role the IJF plays”, “Every pound that’s given is money well spent” and “If they weren’t here, we’d be lost”.

H&H blogger and para dressage rider Suzanna Hext, who was seriously injured in a riding accident in 2012, also features in the footage.

Betfair donated £1 to the IJF for every use of the hashtag #nationaljockeyday on social media.

The campaign was supported by professional jockeys and trainers including Ryan Moore, Sam Twiston-Davies, Nick Scholfield and Paul Nicholls.

“We’re pleased to have run National Jockey Day for the third year running, raising awareness of the work the Injured Jockeys Fund as well as donating £50,000 through our social media campaign.”

The IJF is Horse & Hound‘s charity of the year for 2016. Throughout the year H&H has been raising awareness of the charity’s work with riders across the disciplines, as well as fundraising for the charity.

Lisa Hancock , CEO of the IJF, added: “We are really grateful to Betfair for their initiation of and support towards National Jockeys Day.

“The risks that jockeys take every time they ride are very evident and as the jockeys’ charity we try to do everything we can to support them not just while they are riding but into retirement also.”