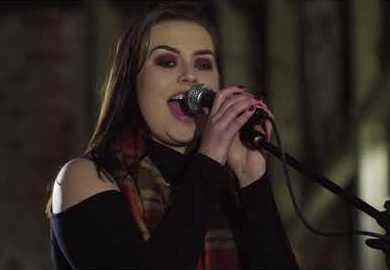 A Lambourn band with a passion for racing has covered a classic hit to provide a moving and “appropriate” tribute to an equestrian charity.

Uncovered has recorded a version of Bill Withers’ Lean On Me and will donate all proceeds from the sale of the single to Racing Welfare.

The six-piece band was formed last year by guitarist Shaun Johnson who has worked in racing for 20 years and manages transport for trainer Daniel Kubler.

Uncovered soft-launched the single, before it was available to download, at a sell-out gig in Lambourn on 10 February.

The gig was attended by 200 people including the Lambourn Racing Welfare team and chief executive Dawn Goodfellow.

“I am very proud that we are doing this for Racing Welfare,” said Shaun. “It is a charity close to my heart. The idea for the song was triggered by some tragic events involving racing staff last year, and Racing Welfare was there for the families and everyone affected; the title of the song and lyrics reflect exactly how I feel.

“Hopefully we can not only raise some money for the charity but also, crucially, increase awareness of what they do and how they can help people who work in the racing industry when things are going wrong.”

‘I was told I wouldn’t walk again, but now I’m running the London Marathon’

The single was fully launched today (6 March) and is available to download and on iTunes, Amazon and Spotify.

“Racing Welfare is honoured to have Uncovered supporting us with such an appropriate song,” added Ms Goodfellow.

“It is not only raising much-needed funds, but is helping to publicise our services to those who need them.”