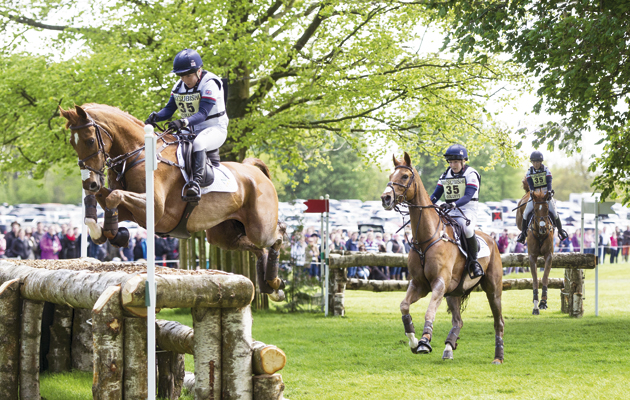 25-year-old Laura Collett tasted success right from the start, taking the supreme pony title at HOYS in 2003 before she even started eventing. With the pony who started her eventing career, Noble Springbok, Laura collected the team gold and individual bronze medals at Pratoni del Vivaro in 2005 on her first team appearance. Laura won back-to-back junior European titles in 2006 and 2007 with Fernhill Sox and Rayef, and in 2009 took double gold at the young rider Europeans with Rayef, making her the first British rider to win medals at pony, junior and young rider levels. At just 21 years old, Laura piloted Ginger May Killinghurst to a clear cross-country round at Burghley – Laura’s first four-star. The following spring, Rayef finished 8th in their first attempt at Badminton, which Laura describes as “more than a dream come true”.

Her young rider career has certainly prepared her for the crowds at Blair – she describes herself as “a bit of a perfectionist” and so riding in front of a crowd tends to “bring out the best” in her.

Grand Manoeuvre (Milo) came to Laura in August 2014 having been brought up to four-star level by Nick Gauntlett. After a quick campaign to earn their four-star qualification, Laura and Milo finished 28th at Badminton this year, and followed that result with sixth in a very competitive CIC3* at Barbury, which was their last cross-country run before Blair. They competed at Blair in the CIC3* as only their third event together, finishing 14th with a double jumping clear – just picking up a single time fault in the showjumping. She describes Blair as “perfect for him” as he’s a “real big galloping horse” suited to Ian Stark’s big, bold style of course design, rather than a twisty track. Her main aim is to get them both to Blair “in one piece” – find out why in the video above.