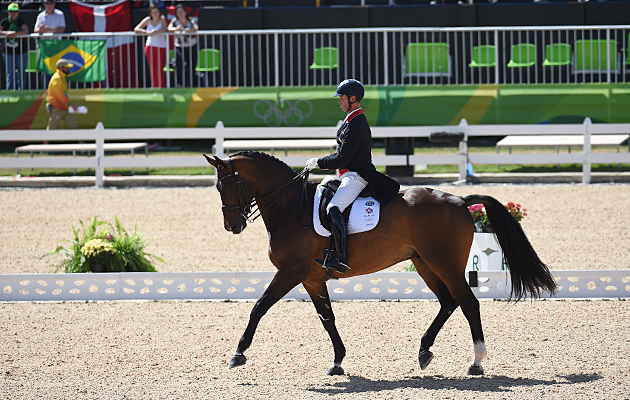 Britain’s dressage riders will ride the grand prix special in Rio tomorrow in the hope of confirming an Olympic team medal.

You can follow all the action here with H&H Live, including commentary from Richard Barrett.

The top six teams go through to the special, plus an additional eight individuals who are not part of teams or whose teams have not made the cut. Fiona Bigwood’s husband, Anders Dahl, has made it through for Denmark with Selten HW. The teams who will compete again tomorrow for the podium places are Germany, Britain, the USA, the Netherlands, Sweden, Denmark.

Judy Reynolds has become the second Irish rider ever to qualify for the special at the Olympics after her performance today with her parents Joe and Kathleen’s Vancouver K, which earnt 74.7% and 21st place. She will ride at 10.09am (2.09pm British time) tomorrow.

The top 18 individuals after tomorrow’s special go through to the freestyle on Monday. They start on a clean slate to battle it out for the individual medals.