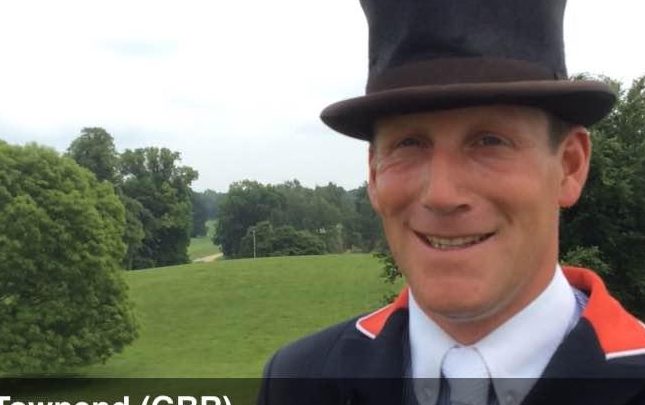 Oliver Townend took the lead in the dressage phase of the CCI3* at the Equi-Trek Bramham Horse Trials today as one of the final competitors into the arena.

Riding Tom Joule’s MHS King Joules, a horse he has been competing for less than a year, Oliver scored 37.9. He was awarded several nines, including two for his final centreline and one for his riding.

“It’s a good start — we were hopeful he’d put up a good performance,” said Oliver. “He’s very capable and got everything you need to be exceptional, so I’m glad he put it all together in the dressage today.”

The overnight leader, Australia’s Sammi Birch, has slipped to second with Hunter Valley II (38.7). She also holds equal third on her ride today, The Court Jester. Sammi has a son of just under 11 months, Charlie. Hunter Valley was ridden by Tim Price while she was on maternity leave and Tom McEwen competed Kyrle Arscott and Diana Chappell’s The Court Jester.

“I haven’t found it as easy as I thought I might coming back after having a baby, but it’s great to have a break and be able to jump back on two top horses, as I haven’t had a horse at the top level for some time,” she said.

“I was delighted with her — she went in the pouring rain and stayed so focused, she was always there from start to finish,” she said. “She’s so much stronger this year than last and there is still so much more cadence and movement to come.”

Tom McEwen heads up the under-25 class on Frank and Jane Inns’ Toledo De Kerser with a score of 40.4.

“I’m really pleased with him — he’s been progressing all year and he’s a young horse with a lot to work on,” he said of the nine-year-old.

“This has been his weakest phase — I’ve had him since he was a four-year-old and he’s never been the biggest mover, but he tries his heart out. That’s probably the best test he’s done, so I couldn’t be more pleased,” she said.

“We work on keeping him and me really relaxed — he’s been out a couple of times today and had grass and a little lunge,” said Bert. “I was on him 40 minutes before his test as it’s not everywhere you get such a big busy arena.”

The dressage in this class, an important selection trial for the British team for the Olympics, took place yesterday.

German rider Pia Munker took top spot with Louis M on a score of 39.3, but is not intending to run across country.

Holly Woodhead therefore holds the upper hand heading into the next phase after scoring 40 on her own and her father Ian’s DHI Lupison, with whom she won the under-25 class here last year.