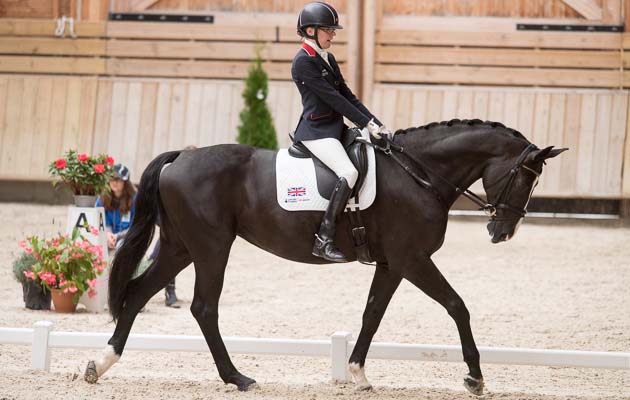 The nominees for this year’s BBC Sports Personality of the Year (SPOTY) were announced yesterday (29 November) and two star equestrians made the line up.

Nick Skelton and Sophie Christiansen are two of a shortlist of 16 stars up for the award that were revealed on The One Show.

The nominees will compete for the public vote on 18 December.

Eight-time Paralympic gold medallist Sophie said she was “shocked and honoured” to be nominated for SPOTY in “such an important year for sport”.

“I know that many of the British public won’t know who I am because I compete in a minority sport,” she said. “This is why I need your help not to come last!

“I want to be voted for by the people because I stand for more than just an athlete.

“So please vote for me if you have ever overcome a challenge, believe in the benefits of sport, studied maths, have a disability but never let that stop you, work in an office, love riding and horses, went to university, always strive for better, go to festivals and gigs, are a computer geek and proud of it, fight for things you believe in or just like to support the underdog!”

Nick and Sophie’s chance of winning the title rides on a public vote — and H&H wants to make sure that they get all the support they can.

To vote online for free you’ll need a BBC iD.

If you haven’t already done so, you can register via this link: www.bbc.co.uk/sport/0/sports-personality

Voting will open during the show, broadcast on BBC One, 5v live and on the BBC Sport website, on 18 December

You can also vote by phone — the numbers will be released during the show.