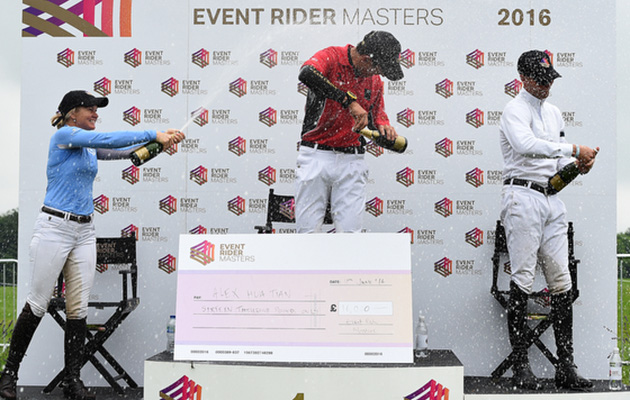 The Chinese rider — who has a British mother and a Chinese father, went to Eton and is based in Cheshire — admitted the money will “probably disappear into the black hole of horses” but he added he might treat himself and girlfriend Sarah Higgins to “something nice”.

Alex and Don Geniro were third after dressage, but took up pole position when the two ahead of them both had the first part of the treble at fence eight down in the showjumping. They therefore ran last in the reverse order cross-country and finished comfortably inside the optimum time to hold their lead.

“He was really running, a bit too much in the beginning as I was getting pulled into the bottom of some of the galloping fences, but he felt super,” said Clark.

Clark has now surely secured his spot in the American team for the Rio 2016 Olympics.

New Zealand’s Jonelle Price completed the multi-national podium with third on Trisha Rickards and Jacky Green’s Faerie Dianimo. This grey mare is the rider’s first choice for Rio and will run again at Aachen before then.

Izzy Taylor was fourth going into cross-country on Be Touchable, but the inexperienced horse had a run-out at fence 11ab, the Investec Hollow.

Australia’s Bill Levett took fourth on Shannondale Titan, with Rosalind Canter best of the Brits in fifth on Allstar B. Maxime Livio was the top French rider, taking sixth with Pica D’Or, while his compatriot Astier Nicolas — winner of the first ERM at Chatsworth — landed 10th on Molakai.