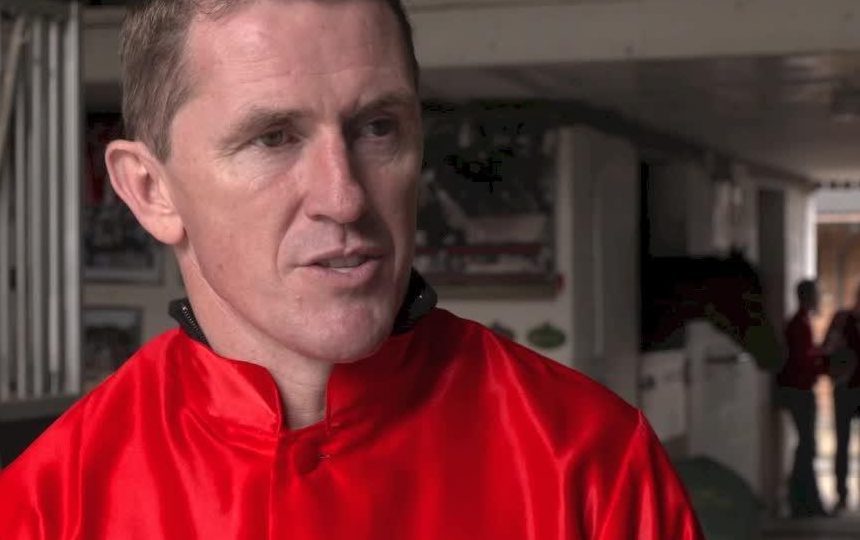 AP McCoy was not happy when the jump jockeys lost against their Flat rivals during the Markel Champions Challenge, in aid of the Injured Jockeys Fund, at Olympia last Christmas.

So, this year the 20-time champion jump jockey has decided to pull together a crack team, including John Francome, Peter Scudamore, Richard Dunwoody and nine-time Irish champion jockey, Charlie Swan, to do battle once again.

This time AP has some fierce ammunition as they are five of the finest horsemen you can find — and while they may have a combined age of 219, they also have an impressive 38 jump jockeys’ titles between them. However, they will come up against some tough competition in Frankie Dettori and his “Flat” team of Jim Crowley, Ryan Moore, Jamie Spencer and Richard Hughes.

In preparation, for the big occasion on 15 December, the ex-jump jockeys — minus Mr Swan — met for a training session with their team trainer, H&H columnist Graham Fletcher (pictured, below) and we joined them behind the scenes to find out how the prep is going…

“The main difference these boys are having to get used to is the change in stride pattern — they are used to going on long strides,” explains Graham. “With showjumping you have to come round the corner and ‘check’ before the fence.”

The top trainer sets a course of 1.10m fences for the quartet to have a jump over — including a water tray seven strides to a double, followed by a right-hand turn to a double of uprights.

“They are all champion jockeys — they are proper horsemen and can get on any horse and get a feel for that horse straight away,” adds Graham, as one-by-one the former jockeys pop round the course making it all look far too easy.

They will all be partnering experienced showjumpers — two of which are from Graham’s Faringdon yard.

“It is for a really great cause [the Injured Jockeys Fund] and I’m lucky to be riding a nice horse,” says AP (pictured, below), who had ridden out at the yard of Nicky Henderson before the training session.

“It’s obviously very different to what we are used to racing. On a racehorse you just want to get from A-to-B as fast as possible, whereas showjumping is so much about striding and precision.”

Team-mate John Francome, who is going back to his roots having showjumped from the age of 14 until 17 and nearly ended up working for Harvey Smith before switching to racing, adds: “It is probably harder for the Flat boys because it is a bit more outside their comfort zone, although they did win it last year…

“We just need to make sure we don’t interfere with the horses — they know what they are doing — and get into a nice rhythm.”

Peter Scudamore, meanwhile, has travelled down from Scotland with his partner, Grand National-winning training Lucinda Russell, in their trusty camper van especially for the training session. “He is taking this really seriously, which is great,” adds Lucinda of “Scu” as she watches proudly from the sidelines.

“I got back riding out the racehorses in the summer after about seven years away from it — just to get fit for this!” explains Peter.

After about half-an-hour under the expert eye of their team trainer, the quartet certainly look fine-tuned — can they pull it out of the bag and claim the title from the reigning champions, the Flat jockeys? Well, they certainly think they are a force to be reckoned with…