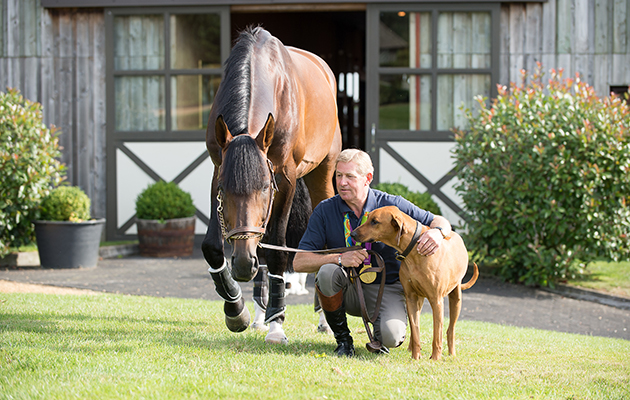 Horse & Hound catches up with the Olympic champion at home in Warwickshire to talk about those early days with ponies, why Big Star is just so special — and the moment he thought he might never ride again

…on how it all began

When it started all those years ago, my mother used to rider for pleasure and my father was in the Veterinary Corps in the army. We had fields behind where we lived and I liked being outside and I liked the horses, so they bought me a pony called Oxo who I learnt to ride on. I kept him until he died when he was 40.

I’ve had some very good horses along the way — but I don’t think I’ve had one as good as [Big Star]. He’s super talented, he has a huge heart and his mentality is very good — he’s got everything you need in a horse.

I think to win in Rio was probably the ultimate in any sportsman’s life. To win the Olympic Games is it. And it’s very special to me as I’ve been going for so many years and had so many near misses and accidents. I didn’t ride for two years, Big Star was off for two years and so to come back and do that was very special. I’ve had so many letters from the older generation who’ve said what an inspiration it was to watch — they’ve now been inspired to get up and go and do stuff that they weren’t doing before.

I watched the Sydney Games in 2000 from my bed with a broken neck. I had a cage on for four months and a hard collar on for another two months — I mean it was a long, long road. I got told then that they didn’t think I’d ride again. I didn’t really know what to do and then I finally found a surgeon in Germany who thought it would come right if I gave it enough time. That was the only thing I wanted to hear so I thought, great — I’ll ride.