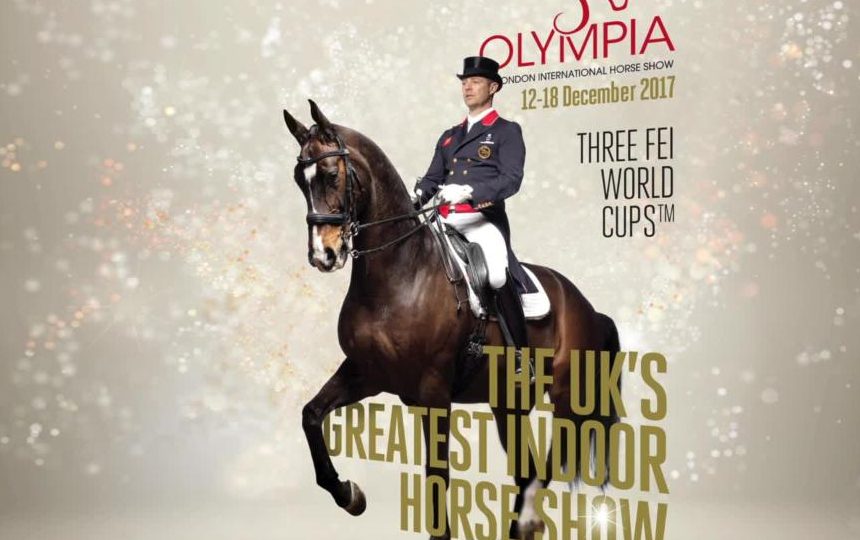 As this behind-the-scenes video shows, these stunning images for this year’s show were produced with a lot of patience and two very co-operative horses — and riders. The idea came about from a collaboration between Matthew — AKA The Horse Photographer — and the show’s design agency Red Giant Project’s creative director Martin Sharrocks.

The photo shoot took place over two days in April.

“I was delighted to be approached by Olympia,” said Matthew, whose background is in fashion and advertising, but who has ventured into fine art equestrian photography in recent years and is now renowned for his unique, dramatic approach with flash lighting.

“It was great working with Spencer Wilton and Laura Renwick, who were both very generous with their time. Both riders were initially overwhelmed by the huge white backdrops used for these shoots, which were necessary to produce the crisp, clean images, but both horses behaved impeccably as they had a very experienced team around them.

“Horses are beautiful animals to photograph,” he added, “but it often takes some time to earn their trust and my aim is to form a bond and understand each horse I photograph in order to capture their essence.”

Having trained using film cameras, Matthew’s fine art photographer is always achieved in the camera rather than post-production, using a balance of daylight and flash lighting for extra authenticity.

Matthew is no stranger to equestrian super stars, having been commissioned by the likes of The National Stud, Zara Tindall, Sam Twiston-Davies, Trevor Breen, Laura Collett and footballer-turned-racehorse-owner Michael Owen.

You can see more of his work at www.horse-photographer.co.uk. And look out for these striking images on the run-up to Olympia, which runs from 12-18 December this year.