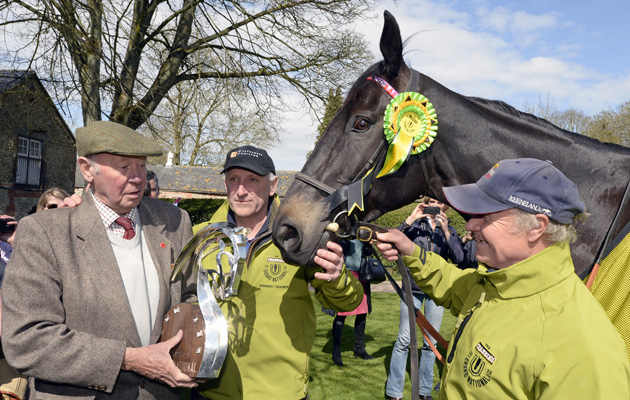 We celebrate the late, great Aintree hero Many Clouds after his sad death at Cheltenham on Saturday (28 January 2017). Watch him in action in the 2015 Grand National — and find out what the 17.1hh gentle giant was like at home