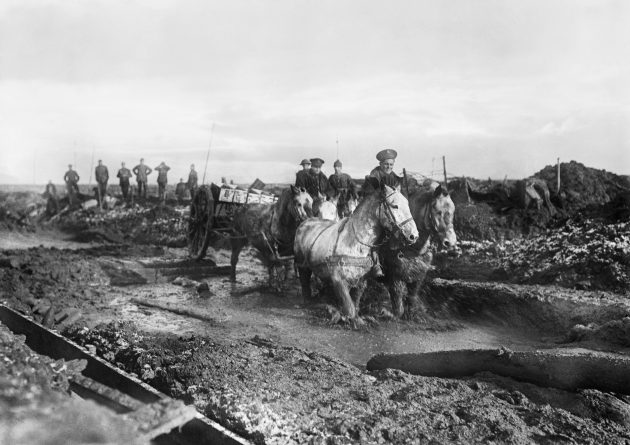 A century on from the end of the First World War, animals continue to be innocent victims of conflict around the world. As we respectfully reflect on the sacrifice of millions touched by war, international animal charity SPANA has called for us all to remember the ‘forgotten victims’ — the many millions of animals that lost their lives in The Great War and have continued to be killed in conflicts around the world in the one hundred years since.

Used by all sides in the First World War, around 16 million animals were put into service, including one million mules and horses employed by Britain alone. These animals faced horrendous conditions as they transported ammunition, messages, food and supplies. They hauled guns and pulled ambulances, while cavalry horses led the charge at terrible cost against devastating machine gun fire.

Even as military forces have increasingly mechanised, animals have continued to serve in great numbers. In the Second World War, Britain had 200,000 animals in service, while the German Army lost over 179,000 horses on the Eastern Front alone in just two months.

Fast forward to conflicts today and, while front line animals are less common, they continue to suffer in many war zones, as insurgents attach explosives to donkeys and horses, which are then detonated in crowded areas or near convoys. Animals are also deliberately targeted as a tactic in modern warfare. During the Gulf War, more than 80% of livestock in Kuwait died, while in the late 1990s the cattle population in Kosovo halved to 200,000.

It is a sad reality that animals suffer appallingly during times of war. It is also a reality that many communities impacted by war are heavily reliant on working animals (such as in Afghanistan) and struggle with the loss of these animals in the aftermath of conflict as they rebuild infrastructure and lives.