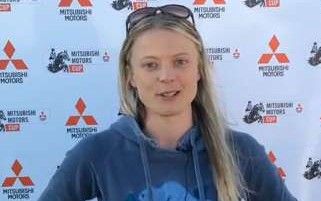 I can’t quite believe it is all over. All the months of hard work and anticipation for one day; but what a day it was!

Things did not go quite according to plan though.

I had hoped for a slightly better dressage score or at least something in the 20s but we managed 31.1 nonetheless.

We had a major mishap in the showjumping. A missed stride at fence seven nearly saw me catapulted out the side door but we recovered. Unfortunately this mistake also meant that we were wrong for the parallel no a related distance at fence eight but Sara did everything in her power to jump it, but we still had it down. So we finished with eight faults — I suppose that’s better than falling off as I so nearly did!

The cross-country was incredible. The course was made up from beautiful fences which were beautifully presented.

I was so nervous before we started and I could barely eat beforehand but as soon as the starter counted us down I was ready to go.

It was the most amazing round of my life and this whole experience is something I will never forget.

Looking ahead now, I will be trying hard to qualify for the Mitsubishi Motors Cup BE90 championships again.