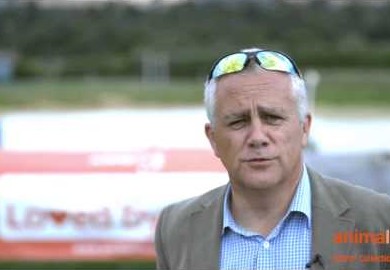 They say ‘teamwork makes the dream work’ and the annual Animalife British Riding Clubs Horse Trials Championship proved the point when 121 teams flocked to Swalcliffe Park Equestrian, near Banbury in Oxfordshire (7-9 August) to represent their riding clubs from all over the UK.

This was the second year that Swalcliffe had hosted the championships, which included 80, 90 and 100 classes, split into senior and junior (under 18) sections, plus the 100+ class where for the first time in Riding Clubs’ history, senior and junior competitors were permitted to compete alongside each other.

This event is one of the few occasions where 90, 100 and 100+ competitors can take part in long-format horse trials. While the long format used to dominate every three-day-event in the horse trials calendar, the modern day short-format means that having opportunities to take part in the roads and tracks and steeplechase phases are few and far between.

Do you have what it takes to become part of Team Animalife? Click on the image above and register today!

This is the second year that Animalife has sponsored the event. Director Ross Riley said: “We are pleased to be able to support the British Riding Clubs by sponsoring the prestigious annual horse trials championships. We very much look forward to partnering with the association and following the progress of so many aspirational and talented horse and rider combinations.”

No less than 38 Team Animalife riders took part in the championships this year. We caught up with a few of them, as well as with British Riding Clubs chairman Andy Chadwick in our video (top), to find out what it means to be competing at these championships and the importance of being in a team.