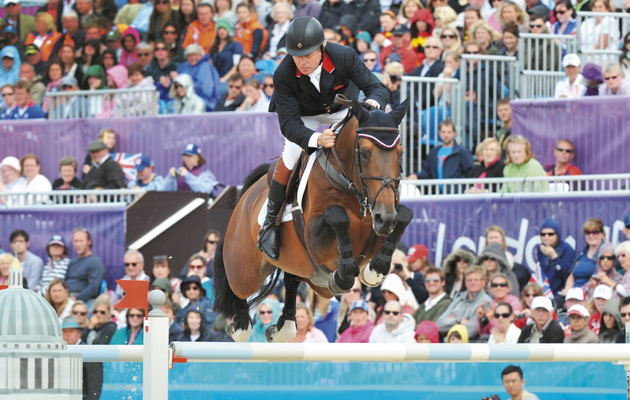 Showjumping made its Olympic debut at the 1900 Games in Paris, France, when it was was open to both military and non-military riders. It then disappeared until 1912, but has been a regular part of every summer Olympic Games since.

Currently the three equestrian disciplines are the only Olympic sports in which men and women compete on equal terms.

What is the format and how does the scoring work?

In showjumping, the aim is to jump a clear round — so to finish on a zero score. Horses and riders incur penalties by knocking down fences (four penalties), refusing (four penalties), falling (elimination) or exceeding the time allowed (one penalty for every four seconds commenced). In the case of equality, jump-offs are used to split the tie — in jump-offs, penalties are incurred as usual, but if two riders have the same penalties, the faster competitor will win.

This takes place over one round. This competition counts as a qualification for the final individual competition. It also establishes the starting order for the team competition.

All team riders jump in round one, but only the top 60 individuals — so riders who do not have a team and who are placed below 60th after the first individual qualifying competition progress no further.

The team placings for the top eight teams are decided by adding the penalties of the three best-placed riders from each team in round one and round two from the team competition.

In the case of equal penalties for gold, silver and bronze medals, there will be a jump-off against the clock. All team riders may take part in the jump-off, with the best three scores counting.

The result of the team jump-off only determines the placing of the teams (medal positions) — it is not a qualifier for the individual final.

This comprises one final competition run over two rounds (round A and B), with a possible jump-off.

Round A — the top 35 riders who have qualified through the previous rounds contest this round. They start on a clean slate of penalties. No more than three riders from any one nation can take part in this competition. If four riders from one nation are within the top 35, the three best-placed riders from that nation will contest in the individual final.

Round B — this round is for the top 20 combinations following round A. If there are equal penalties a jump-off will take place to determine the final individual medal positions.

Gold, silver and bronze medals are awarded in both the team and individual competitions.

Who are the main contenders?

The British team are the reigning Olympic champions having triumphed on home soil at London 2012. However, since then the Brits’ results at championship level have been somewhat disappointing.

Leading up to the Olympics, the main pointers have been the World Equestrian Games (WEG) in 2014 and the European Championships in 2015.

The Dutch team looks a likely favourite having won gold at both WEG and one year later at the Europeans — they are heading to Rio in top form.

France and America took silver and bronze medals respectively back in 2014 at WEG. While in the summer of 2015, the Germans took the silver medal at the Europeans, with Switzerland behind in bronze.

Does Britain have a chance?

British hopes remain optimistic but they have a lot to live up to four years on from their London 2012 victory.

Heading to Rio, Nick Skelton and Big Star are the sole combination remaining from four years ago but they are joined by London team-mate Ben Maher, this time on relatively new ride Tic Tac. Completing the quartet are brothers John and Michael Whitaker, riding Ornellaia and Cassionato respectively. Jessica Mendoza is the travelling reserve with her British-bred Spirit T.