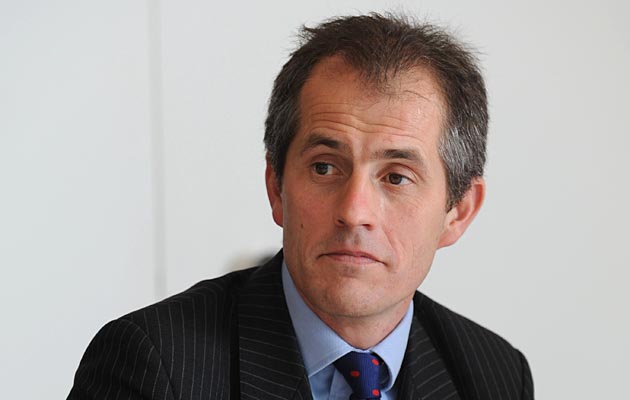 In his annual Christmas message World Horse Welfare’s Roly Owers looks back over the charity’s 2016 achievements and forward to plans for the 90th anniversary in 2017.

He spoke of the “thousands of horses whose suffering has been made visible through World Horse Welfare’s Invisible Horse campaign.”

Banjo, a young colt found abandoned in a busy park in Croydon last April with horrific injuries on his quarters was just one of many horses made visible through the campaign.

The pony has made a full recovery and has now found a new home through World Horse Welfare’s rehoming scheme.

“Every donation we get will help make more invisible horses visible. The need is really still there,” reminded Owers.

He said horses have been found in broken down barns and shipping containers and the charity “is so grateful for all those who called the welfare line.”

The campaign focused on the thousands of foals, which are unregistered and have an uncertain future at the start of the year.

“We see this in the record number of foals we’ve had in our centres in the past twelve months, 45 including 23 born in our centres because their mothers came in as welfare cases,” recalled Owers.

Thanks were also given to the many rehomers who take on rescue horses. “We are so grateful to the thousands of rehomers we have and are happy to champion the case of Cappuccino, our rehomed horse of the year.”

Other notable achievements in 2016 were the opportunity to champion World Horse Welfare’s work at Badminton, and the expansion of the charity’s international word.

“Over the course of twelve months we expanded our international programme to 15 countries including starting exciting new projects in China and Cuba,” said Owers.

In his message he described the decision by the World Organisation for Animal Health to adopt the Working Equid Chapter for working horses as “a huge step forward.”

Thanks were also given to the many people who wrote to the UK government to amend the current transport regulation.

“We really can bring an end to these needless, horrific journeys,” he said.

The campaigning work to get a CCTV camera in every single equine slaughter house is going “to be a fundamental part” of the charity’s work in its 90th anniversary year.

Final thanks were given to everyone who had supported the charity work to make more invisible horses visible through campaigning, volunteering, donating, rehoming and spreading the word.

“We’ve got so many ways we’re going to shine a spotlight on these invisible horses, for example being Horse & Hound’s charity of the year and having a garden at Chelsea Flower show in May,” said Owers.