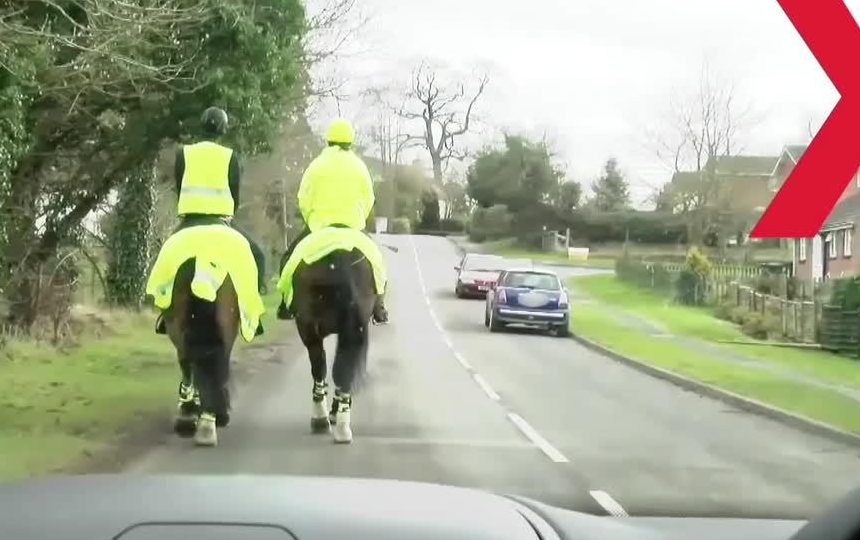 The British Horse Society (BHS) has welcomed a drop in road accidents involving horse riders, but said there are still too many incidents taking place.

However, there were still both rider and horse fatalities with one rider killed and eight horses from 2017 to 2018, compared to 21 horses and one rider the previous year.

On average, one incident involving riders happens every day on UK roads.

“We launched our Dead Slow campaign two years ago, and it is great to see that there has been a reduction in the number of road incidents,” said Alan Hiscox, BHS director of safety.

“However, the statistics are still far too high, and we are urging drivers to be more considerate when passing horses on the road.”

Since the charity began collating statistics in November 2010, 2,914 incidents involving riders has occurred on the road, 39 riders and carriage drivers have died and 230 horses have suffered fatal injuries.

A quarter of riders who contacted the BHS reported they were subject to road rage or abuse in the past year.

“I’m hoping as we help drivers to understand how horses behave — the way their eyesight works, their weight and the speed they can move, and that riders have to use roads to access bridleways — the frustration they feel when they see horses [will be reduced],” said Mr Hiscox.

'If you hit a horse hard, it’s going to come up the bonnet, through the windscreen... and kill you'

The BHS’ road safety campaign, Dead Slow, seeks to educate drivers on how to safely pass horses on the road.

The charity is urging drivers to pledge that when they see a horse on the road they will: