Great Britain’s Oliver Townend was crowned the British Open champion at the Festival of British Eventing, presented by BETA, at Gatcombe this afternoon (7 August).

Oliver partnered Cillnabradden Evo (above), the horse Andrew Nicholson was riding when he suffered his serious fall here last year, and triumphed by 6.3 penalties.

The duo lay second after dressage and jumped a double clear, but Cillnabradden Evo tired towards the end of the undulating cross-country track and picked up 10.4 time faults.

“Coming home I thought the win had gone; I was just trying to look after him,” said Oliver, who was crowned British National champion here in 2013, when he rode Armada to second place behind New Zealand’s Jock Paget and Clifton Lush.

“He [Cillnabradden Evo] has got a bit of a chequered cross-country history, but he’s a great jumper and I enjoy riding him. It feels great to win.”

“He’s only an eight-year-old and I thought that with all the top riders being in Brazil we might be able to pull a good result off here,” said Thomas, who was riding at Gatcombe for the first time.

This was also the first time he had contested the Event Rider Masters (ERM) CIC3* series, which ran in conjunction with the British Open.

“I think the series is fantastic. It’s pushing the sport towards being a professional discipline and persuading owners to invest in the sport,” added Thomas.

Ireland’s Elizabeth Power was surprised to find herself in third on Soladoun, having gone into the final cross-country phase lying 16th.

However, Soladoun pulled off the quickest clear around Mark Phillips’ 25-fence track for 1.2 time faults. They survived a hairy moment when Soladoun struggled to stay on his feet in the first water at 12.

“That’s where those three seconds went — for a moment I thought I was going in the water too,” said Elizabeth.

“I really didn’t think I’d [finish] on the podium. I brought this horse to Gatcombe because he’s a speed horse and that’s what you need here. I used his speed today.”

“I bought a new house yesterday, so I need the money,” joked Paul, who confirmed that he has rides for both the fifth leg of the series at Blair Castle later this month and the finale at Blenheim in September.

The reverse-order cross-country phase unfolded with its usual excitement, but there was disappointment for several riders who set out of the startbox with a good placing in their sights.

Sara Squires, lying fourth after two phases on Sula Blue, was eliminated for three refusals, while Izzy Taylor and Briarlands Matilda, lying second, dropped to 13th following a refusal at a triple brush (fence 20b).

Matthew Heath, handily placed in fifth, picked up 20 penalties when One Of A Kind II glanced off a corner at 17c.

Dressage leader Andrew Hoy did not go across country after Cheeky Calimbo crashed out of the reckoning with five showjumps down this morning. 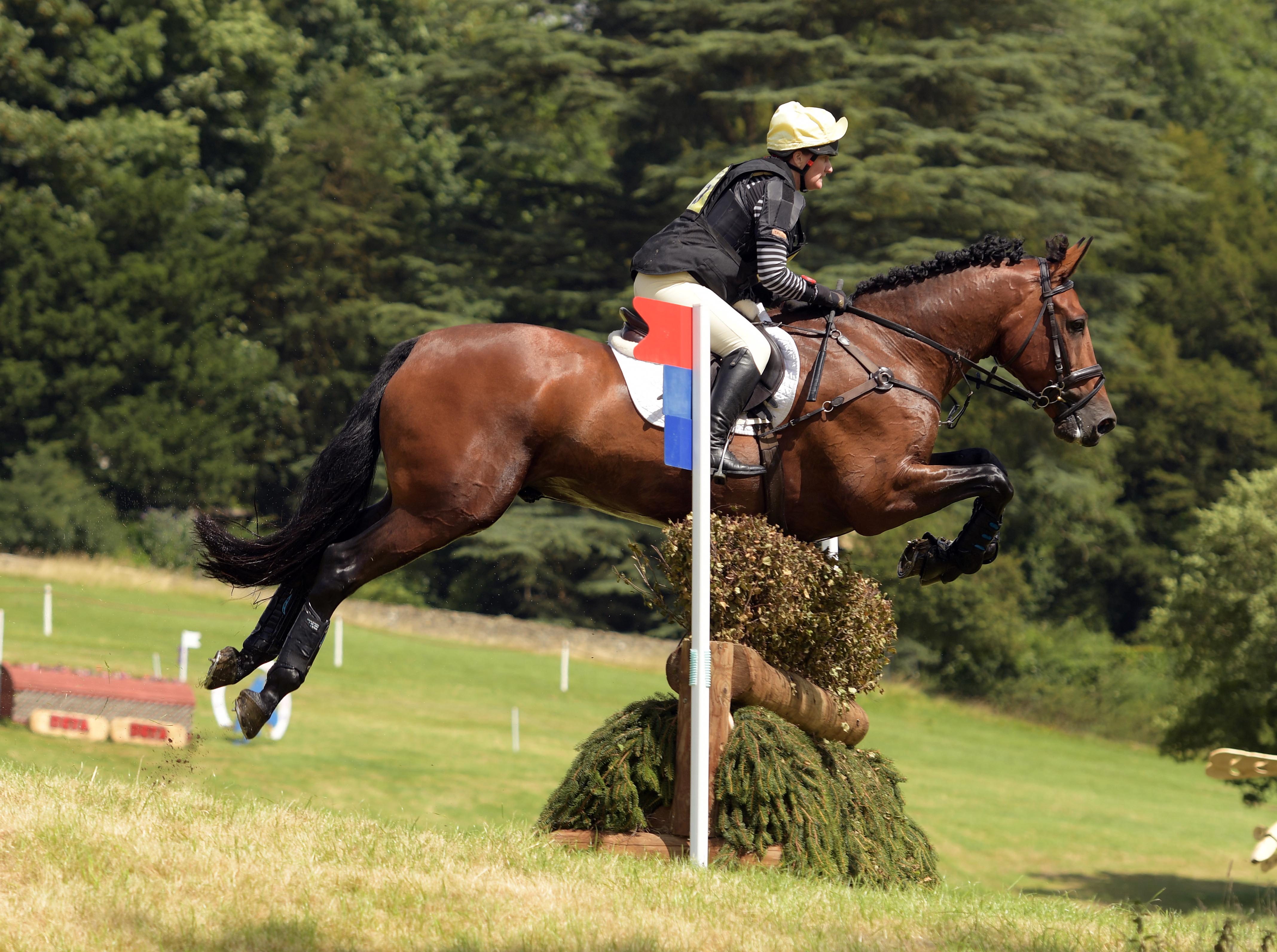 Andrea, from Nottinghamshire, is a full time crane hire manager and she finished on her first-phase mark of 32.1.

“I’m in shock,” smiled the 44-year-old. “We’ve come here with some good results in the bag, so I was hoping for a double clear and the top 10. Winning is incredible.”

Don’t miss the full Festival of British Eventing report in next week’s issue of Horse & Hound, on sale Friday 12 March. H&H is on sale Friday next week to allow for a full report on the Olympic eventing to be included.