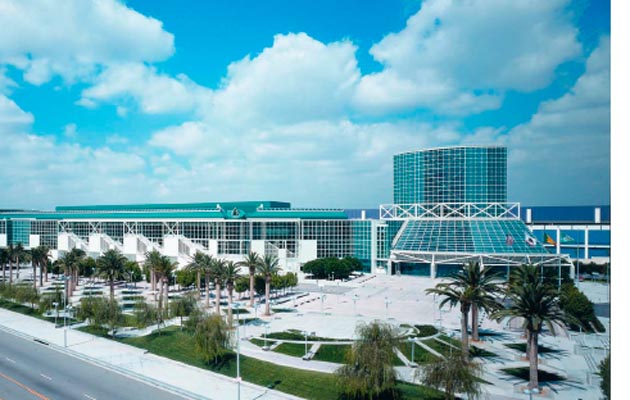 The Los Angeles Convention Center (LACC) on the west coast of USA has been transformed into a five-star showjumping venue this week for the Longines LA Masters (25-28 September).

On Sunday (21 September), 51 horses touched down in California on a chartered Emirates flight from Liege, Belgium, ahead of the first class on Thursday (see video top).

Vande Capelle of European Horse Services explained: “We think we are making history, or at least equestrian history in Los Angeles, with the arrival of 51 horses for the Longines LA Masters.

“It takes a lot of preparation. We have been working for two months trying to co-ordinate everything and the preparation is 80% of the work. This flight took off from Leige airport in Belgium, which is a specialist airport for horse traffic. They do a lot of these horse charters. We also set up a centre in Leige of the horses so they can relax before they go on the flight.

“Quarantine will be done here in California. Unlike normal imports, who are done at the official USCA import centre, these horses can come straight to LACC to the show stables where they will be held in quarantine until Monday at least.”

The horses were transported from the airport to LACC in massive horse transport trucks.

Vande was relieved when the final batch of horses arrived: “Thank god we are here with the last group of horses. The last two trucks have just arrived. We are so excited to be making history here in downtown Los Angeles.

“It was a long trip, the flight took just under 11 hours, but we had our vet on board. We had our flight professional — a guy who is only flying horses, that’s his daily job. As far as it looks, all horses are well. We have no injuries and no sick horses. That’s the aim.”