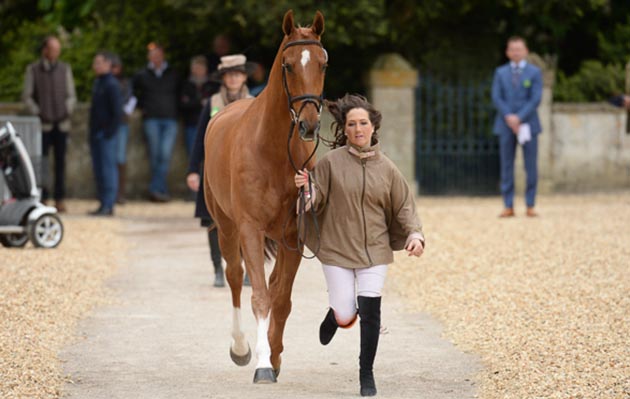 The first trot-up at the Mitsubishi Motors Badminton Horse Trials was not completely plain sailing as two horses were sent to the holding box.

2016 Olympic team gold and individual silver medallist Astier Nicolas was the first of those to be held with his Rio horse Piaf De B’Neville.

The Frenchman and his 14-year-old horse, owned by Ben & Partners, was accepted upon reinspection in front of the ground jury consisting of Martin Plewa, Anne-Mette Binder and Christina Klingsor.

The second and final horse to be held at the first horse inspection was popular British combination Laura Collett and Grand Manoeuvre.

This is the third consecutive Badminton for the pair, who were 22nd last year. The 13-year-old chestnut, owned by David and Diana Chappell was accepted when represented.

All remaining 81 horse and rider combinations were accepted by the ground jury on their first inspection.

Hiho Silver sponsored the best dressed male and female rider competition at the first horse inspection, which was hotly contested.

Nine riders were left disappointed after failing to

The ever-trendy Australian eventer Paul Tapner won the best dressed male section with Bonza King Of Rogues. He wore a tweed jacket coupled with a waistcoat and a yellow shirt with a horse pattern, plus a bow tie. He finished off his look with some red and cream brogues.