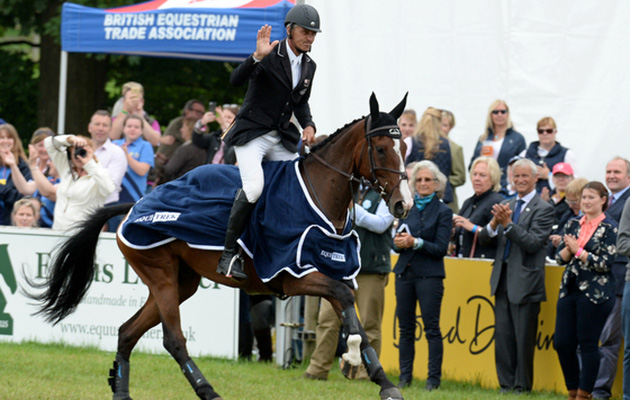 The New Zealander was third after cross-country and had fence 10 down, but when the two ahead of him both had more faults, the title was his. This was Andrew’s first major win since his serious accident at Gatcombe last year.

“I thought the course was big when I walked it, but I didn’t want to say anything in case people thought I’d lost my touch,” he said, when asked about why the track caused quite a few problems.

“The oxers were very square and wide and there was a lot of turning back on yourself between fences, which for event horses is pretty difficult.”

Oliver Townend was the overnight leader and had a fence in hand when he entered the arena. But MHS King Joules, owned by Tom Joule, took out the second and then the first part of the treble at fence eight. He finished third.

“I don’t blame myself, but if I went back in there I’d do a couple of things differently in terms of changing distances — you can always do something differently,” said Oliver.

Australia’s Sammi Birch could afford one down to hold second place, but having hit 8a, she also incurred two time-faults, which dropped her to fourth with Hunter Valley II.

Meanwhile Lauren Shannon’s single fence down on Quality Purdey meant she moved up from fourth overnight to finish second.

“My mare isn’t the easiest to showjump — she’s opinionated, so it’s a case of keeping the bottle on everything and making everything flow. The crowd doesn’t faze her, it’s just the excitement of jumping, so she isn’t different in the atmosphere,” said Lauren.

Those placed seventh to 10th all had clears in the final phase. Andrew was also seventh on Teseo, ahead of Pippa Funnell, who took eighth with Second Supreme. Oliver Townend was ninth on Samuel Thomas II, with Tim Price 10th on Xavier Faer.

Full report of Bramham in H&H this week, out 16 June.