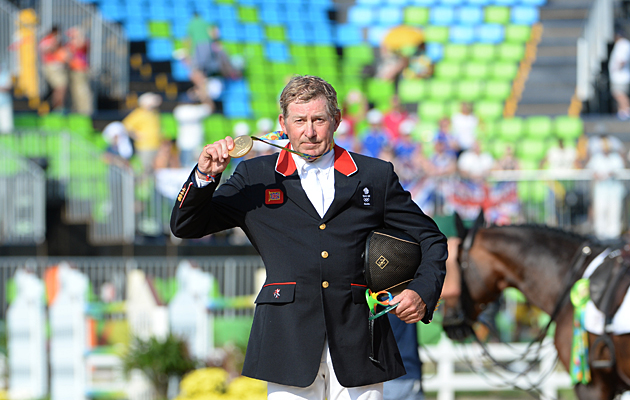 Spectators may have made the trip to Burghley to see their eventing heroes swing into action last weekend (1-4 September), but on his return from Rio, Olympic showjumping gold-medallist Nick Skelton received a very warm welcome from the highly-charged Lincolnshire crowd.

Autographs and “Skelfies” were on the agenda for the 58-year-old, as he made his way around Burghley Park, to mark his triumph last month with the gravity-defying Big Star.

“When the Olympics come along and you’ve made the championships, you’ve really got to dig down and do the best you can,” says Nick.  “Every four years, that’s the pinnacle of your sport and that’s what everyone tries to achieve.

“When you’ve been doing this sport as long as I have and have been to so many Games, you think it’s never ever going to happen. It nearly happened in London — but for it to actually happen in Rio a couple of weeks ago was a great relief,” he adds.

“After I broke my neck in 2000, I had Arko who was a phenomenal horse. We went to the Athens Olympics in 2004 and he was leading going into the last round [but they failed to get a medal], and then after him I thought it would be all over.

“Then Big Star came along and it gives you the drive. He’s a tremendous athlete — he has all the right attributes. He’s so powerful, he’s careful, he’s very rideable, and he actually loves to jump. He’s the most outstanding horse I’ve ever had.”

Don’t miss our Olympic souvenir issue of Horse & Hound (1 September 2016) out now, and our special Burghley report in the 8 September issue