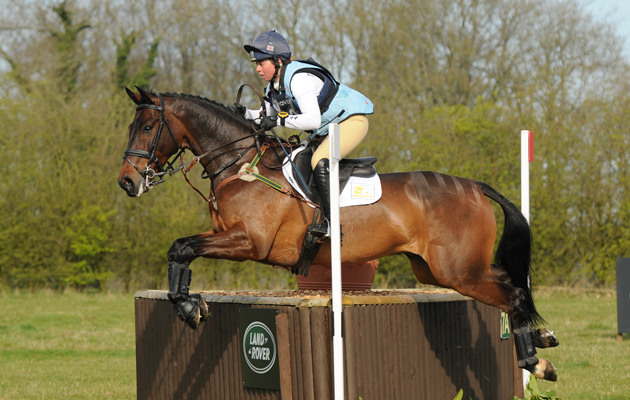 As the first rider to represent Great Britain at pony, junior, young rider and senior levels, Wiltshire-based Kitty King is no stranger to championship squads.

Her senior team debut came at the 2005 Blenheim Europeans with her “great horse” Five Boys, an ex-hurdler who she produced from pre-novice to four-star, finishing seventh at their first Badminton.

After success with her next top horse, Boondoggle, Kitty has spent the past few seasons working “extremely hard” to build up a strong team, admitting it has taken longer than expected. She now has a talented team of horses on her yard, spearheaded by her Blair Europeans ride Persimmon.

Ahead of the Europeans at Blair, Pippa Funnell talks to H&H about her ride Sandman 7, her thoughts on British

‘Percy’ as he’s known at home, “is a fighter”. He has rocketed through the levels with an incredible strike rate – taking the British Eventing Young Horse Championships as a six-year-old and notching up six wins at two-star level in 2012 and 2013.

He was never out of the top 10 in his 10 runs in 2013, and has not had a fence down this year. He has bounced back from a fall at Bramham last year, winning four times and finishing 2nd-6th a further seven times since his return to competition.

Kitty describes 10-year-old Percy as a “lamb” in the stable, but quite the opposite under saddle, where boldness has only increased with age. After her first week with him she described him to dealer Tim Warren as a “spooky little whatsit” who always performed better away from home.

William Fox-Pitt named Percy as one of his three-to-watch when he guest edited Horse & Hound (6 March 2014), describing him as “a horse who now has all three disciplines nailed”, after Percy turned over a new leaf as an eight-year-old, becoming more rideable at home and learning to gallop – an important feat for a warmblood.