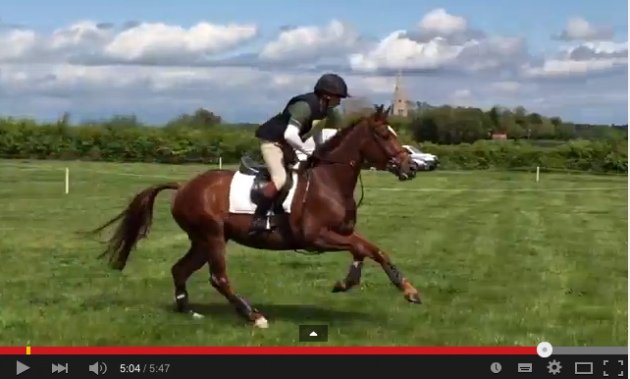 It’s hard to believe that the Mitsubishi Motors Badminton Horse Trials is over for another year! An amazing event with such buzz, atmosphere and prestige.

Like all event riders, I’ve wanted to compete there since I was a lad. We have entered Bozzie (Cornacrew) for the past three years, but failed to get off the wait list. This year he would certainly have got in with every entry accepted (and clearly won… cough, cough!), but sadly we did not enter as he picked up a virus in February.

This is what is known as the law of sod but, more worryingly, it has taken him a long while to recover. It’s heartbreaking to see my mate struggling and so it was really exciting to ride him for the first time in several weeks and feel him back on form the week before Badminton — such a relief. He is ready to crack on with now, so I’m hopeful we’ll get him out eventing soon and maybe go to Burghley in September. Go Boz!

We’ve had a good couple of weeks here and the horses have been going well.

I’ve been showjumping and am very pleased to report we have actually won some money which is great and surely means things are going in the right direction?!

We had a fun trip to Whitfield Horse Trials, a new event this year near Silverstone. It belted it down with rain on our arrival for an hour and I thought we were going to get seriously wet, but the rain cleared and we had a super day. The ground needed that spot of rain so it was perfect timing — it’s rare to be able say that!

The horses went well jumping, but our dressage let us down a bit, so it was good to have dressage lessons booked for a few days later to put me back on the straight and narrow and bring out the inner Carl Hester (despite my much shorter legs).

I went cross-country schooling with the babies the following week, which was great fun and always reminds me how lucky I am to do what I do, as they were a real pleasure.

All did super tests with three producing leading scores, but (how often in eventing is there a but?) I had a fence down showjumping on each of them, knocking us off top spot. We followed this up with five stonking cross-country rounds ,which were fantastic fun. This produced some placings, so I was pleased, but it’s hard not to play the “if only” game on the way home. I’m sure I’m not alone in playing that game fairly regularly!

On a side note, Merna Merrett’s five-year-old Charlie did his first ever event here and was such a good boy. He is so green and wobbly, but tried his heart out, which is so rewarding.

Looking ahead, there’s lots to look forward to, with three-day-events in the pipeline and plenty of May eventing at Aston-le-Walls, Chatsworth, Rockingham and Houghton so I’ll hope to maybe see you there and of course will keep you updated.