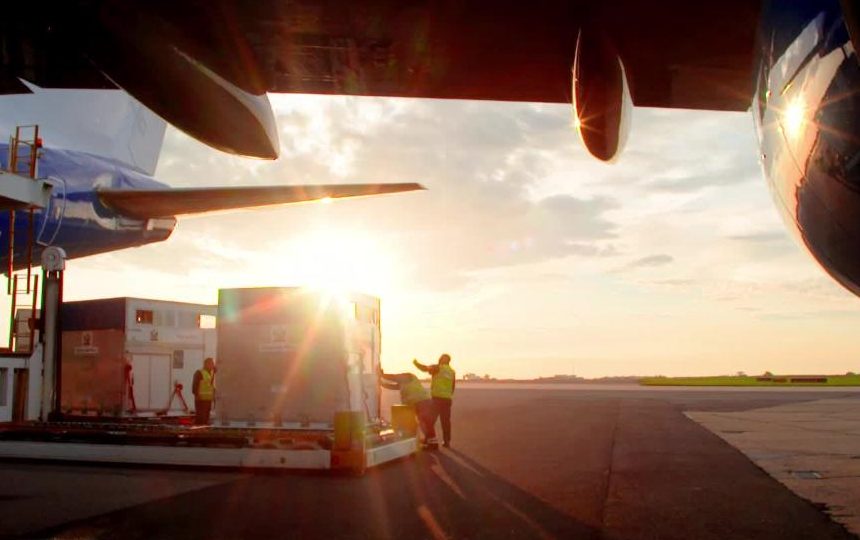 Thousands of holidaymakers pass through London Stansted airport each week. However, yesterday morning (21 September) there was a different type of arrival in the form of more than 50 racehorses.

All owned by the global breeding and racing powerhouse Godolphin, a total of 57 yearlings made their way from the USA — where they have been bred at studs in Louisville, Kentucky.

After their approximately 10-hour flight, the young thoroughbreds embarked on the final part of their journey by road to the British headquarters of racing in Newmarket to begin their careers in training and on the racecourse.

The Godolphin operation was founded by His Highness Sheikh Mohammed bin Rashid Al Maktoum, the vice president and prime minister of the United Arab Emirates and ruler of Dubai.

The name ‘Godolphin’ originates from the name of an Arabian horse, who was one of three stallions that founded today’s thoroughbred racehorse bloodstock.

Sheikh Mohammed’s racing empire spans across four continents; Dubai, Europe, Australia and America — it is the most international horseracing operation in the world, with horses also in training in Ireland and France.

Godolphin’s main trainers in the UK and Dubai are Saeed bin Suroor — Godolphin’s longest-serving trainer — and Charlie Appleby, who was appointed in 2013 after 15 years working as travelling head lad, stable head lad and assistant trainer for Godolphin.

James Cummings trains for the team in Australia, while back in the UK John Gosden, Richard Hannon, Richard Fahey, Charlie Hills, Hugo Palmer, Roger Charlton, Clive Cox and Kevin Ryan all have horses in training who are owned by Godolphin.

Their main jockeys include William Buick, James Doyle and Mickael Barzalona, while top female jockey Josephine Gordon has also been a regular rider in the famous blue silks.