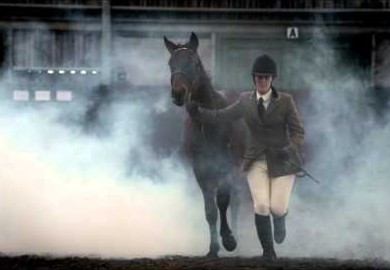 An equine welfare charity has turned up the volume to motivate horse owners to take part in a laminitis study.

World Horse Welfare is calling for owners to “join the charge” against laminitis with the new video, which went live on YouTube earlier this month.

The research is undertaken by the Animal Health Trust and Royal Veterinary College, funded by World Horse Welfare and supported by Rossdales Equine Hospital.

It is the first web-based equine cohort study in the UK.

Initial findings show owners had not suspected laminitis in around half of veterinary diagnosed cases.

“We need a collaborative effort by all horse owners, professionals and researchers to both increase awareness about laminitis and, in time, to help make early recognition of laminitis less deceptive,” said study leader Dee Pollard.

“Most horse owners will have either had experience of laminitis themselves or will know of someone who has.

“However, it is a notoriously complex disease and diagnosis is not always straightforward.”

Laminitis can affect any horse, regardless of age, size or breed.

“There are no clinical signs that are present in every case and laminitis can initially masquerade as another clinical problem, such as an abscess or colic,” Ms Pollard added.

“This makes it even more vital to raise awareness about the disease, to ensure earlier detection, and to support research that helps find out how we can best prevent it developing in the first place.”

The film, released on national CARE day (10 February), has had more than 62,000 views on the charity’s Facebok page and boosted around 200 new registrations.