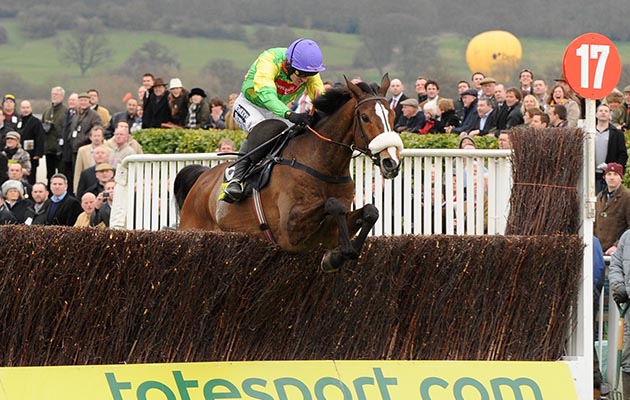 When the Paul Nicholls’ trained Kauto Star stormed to victory in the King George VI Chase at Kempton Park on Boxing Day in 2011, he ripped up the record books, taking the title for a record fifth time and beating Desert Orchid’s four King George triumphs.

Kauto Star, who started at 3-1, jumped the final fences perfectly and just tired a touch on the run-in, allowing the staying-on Long Run to get to his tail — but the crowd erupted as Kauto Star passed the post in front.

The late commentator Sir Peter O’Sullevan said: “That was lovely to see. This is just a marvellous racehorse and a wonderful training performance from Paul Nicholls to keep him sound and enthusiastic for so long and keep improving him.”

After his retirement he moved to event rider Laura Collet’s yard in Lambourn to be retrained for dressage. The popular gelding was put down at the age of 15 following a field accident in June 2015, and a box of his ashes were laid to rest under his statue at Kempton Park.

There is also a bar named after him at Kempton Park, packed with memorabilia of his successes, that opened in February 2012.

For the full report and analysis from the 2017 King George VI Chase, don’t miss the 4 January 2018 issue of Horse & Hound magazine